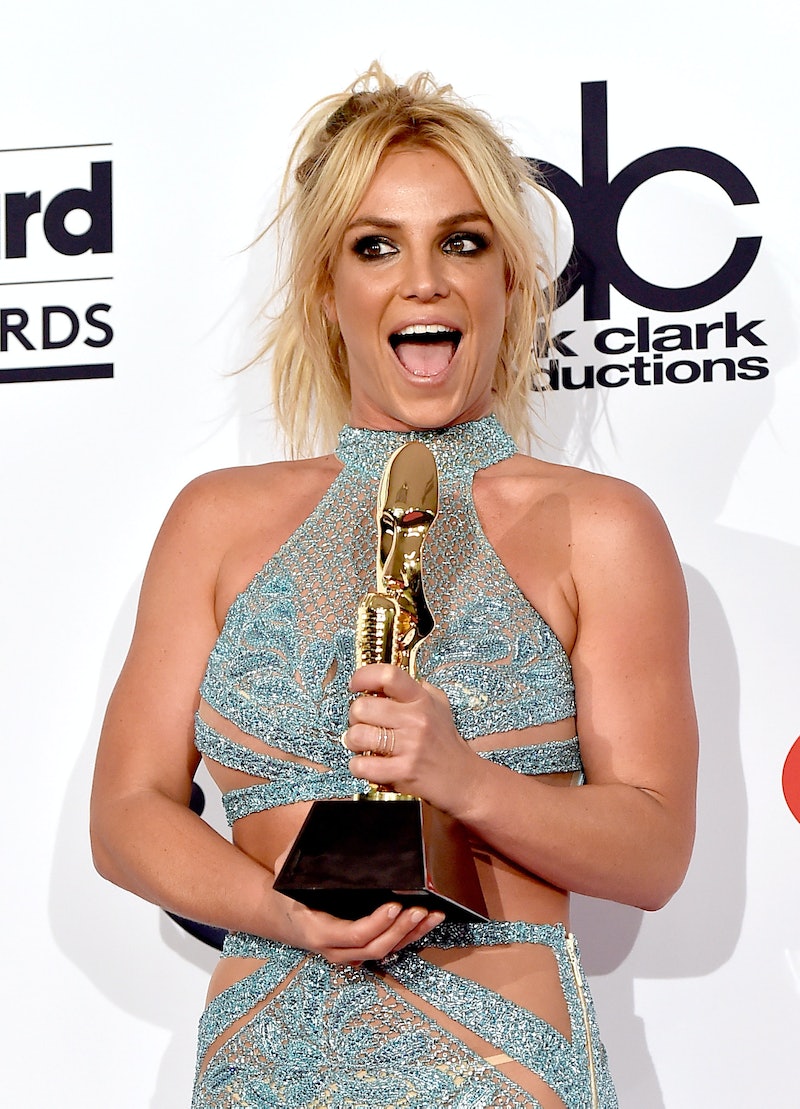 On Friday, the one and only queen Britney Spears released her new album, Glory . Whenever she drops new music I feel like I'm back in high school and immediately feel the need to call my closest friends to discuss their thoughts on her tracks, the meaning behind the lyrics, and, of course, what song they like best. There is one particular song that I know my high school self would be freaking out over and that is Spears' "Man on the Moon." The song is about the 34-year-old singer waiting for her "man on the moon," aka the perfect guy, to finally come into her life. So, just who is this man she's referring to? Well, we found Britney Spears' "Man on the Moon" and his identity is someone all of her die-hard fans will recognize.

Do you recall Spears' 2000 album, Oops!... I Did It Again? Do you remember the song of the same name? If you consider yourself a true Brit Brit fan, then there's no way you could ever forget the song, not to mention the video for it. I mean, it was featured on MTV's Making the Video, so it will forever be embedded in my brain. And so will the guy who appeared in the music video. Oh yes, you know who I'm talking about. The guy who wore an astronaut suit and managed to scrounge up the necklace from Titanic to give to Spears. You know where I'm going with this. The "lead guy in "Oops!... I Did It Again" is the "man on the moon", right?

Yes, Spears' music video took place on Mars, but that doesn't matter. The moon and Mars are both in outer space, and if he's an astronaut who's been to Mars, hey, he's probably been to the moon, too. Also, it's all about interpretation and this interpretation is 100 percent spot-on. I'm that confident. It's crazy that she basically had a "man on the moon" in one of her videos and is now singing about him 16 years later. That has to mean something, right?

Maybe, just maybe, this is a sign that Spears and the astronaut are meant to be. Can you imagine if he's her "man on the moon" that she's been looking for? According to a 2014 BuzzFeed post, his name is Eli Swanson, he lives in Phoenix, Ariz., and is a surgeon. He sure sounds like a catch. His relationship status is unclear, but there's a chance that Spears and Swanson will reunite, get married, and prove to everyone that he was always her "man on the moon."

Obviously, "Man on the Moon" probably has nothing to do with the guy in her "Oops!... I Did It Again" music video, but I'm going to pretend that it does. It just makes the song even more enjoyable than it already is.