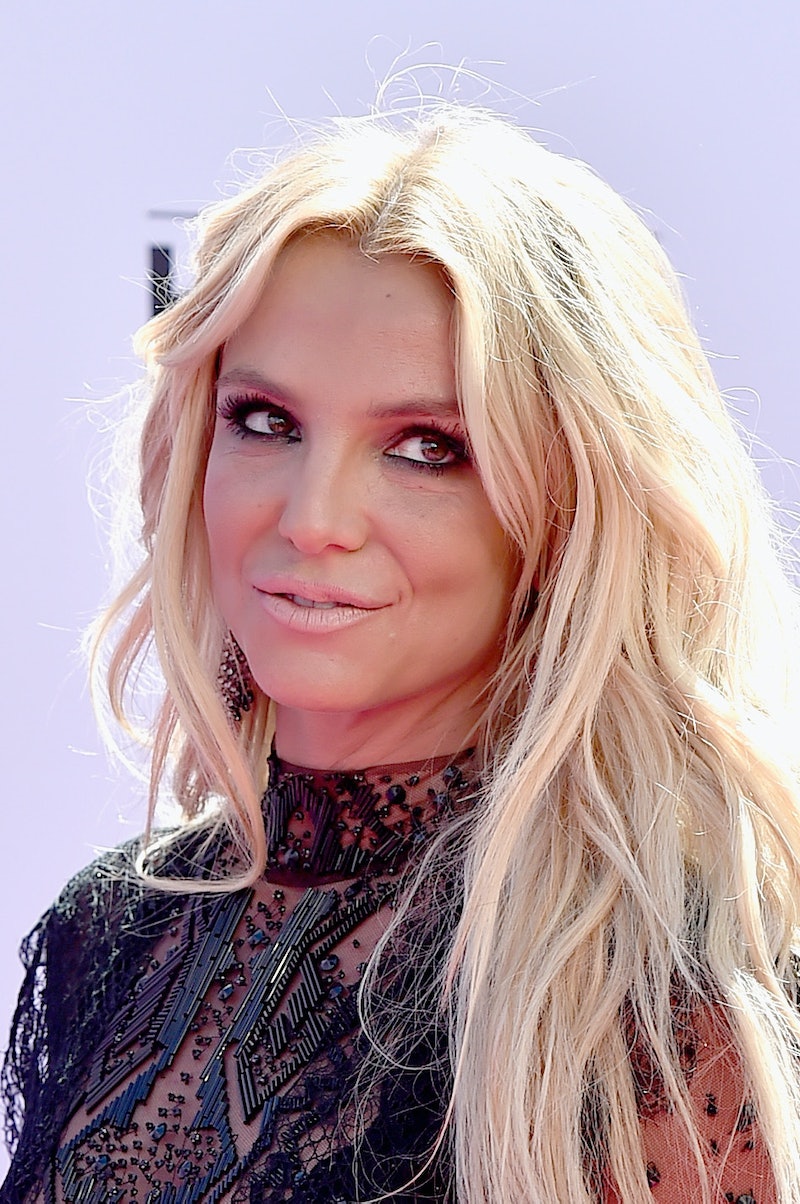 Britney's back, b*tches. Obviously, we love Britney Spears for all the reasons: she successfully made the transition from cutesy teen idol to full grown woman pop star, she juggles motherhood with a stellar career, and she's got a sound more distinctive and arguably more experimental than anyone in pop. She's not so much a confessional pop star (a la Selena Gomez, Katy Perry, Beyoncé) so much as the music scene's most popular cyborg act since Kraftwerk, with that glitchy, impersonal production to all her biggest hits. What you don't often think about are Spears' lyrics, so let's do this now. Honestly, when I started investigating Britney Spears' best Glory lyrics, there were a surprising number to choose from.

The hitmakers behind Glory had clearly taken the somewhat underwhelmed reaction to Britney Spears' last album, Britney Jean, to heart. Glory pulls out the stops lyrically, with lines that sound like Spears could have plausibly written them and which are universal enough for the listeners to relate to, but which still employ a hefty dollop of wordplay to keep things interesting. So, if you're looking for lyrics to text to that person you're into or to get emotional to, the album covers both bases.

The album's opening song, "Invitation" makes no bones about it: Spears is a grown woman and compromises or half-heartedness is no longer enough.

2. "Friday, I'm Dreaming A Mile A Minute 'Bout Somebody"

This line perfectly captures your crazy lizard brain when you're crushing hard on someone.

Despite this album's heavy emphasis on sex for the fun of it, it tends to swerve being really explicit, which to me, is pure Spears. You can take the girl out of Louisiana, but she's still going to want to keep it classy. "Raise my roof" is the sort of sweet euphemism you could imagine Spears actually using.

4. "All My Tricks, They're Spectacular, Baby. My Encore Is Immaculate, Baby"

5. "I’ve Been Right Here Dreaming Of You, Waiting For My Man On The Moon"

Britney Spears knows we're all nostalgic for the '90s: this is her shoutout to that astronaut babe from the "Oops!... I Did It Again" video. About time, Ms. Spears. How could you forget that face?

6. "Drinking Alone In My Party Dress. Would You Come Back If I Looked My Best?"

Can you believe that Britney Spears is just three years older than Katy Perry? This lyric makes me question why both her songwriters and the press continually insist in painting her as a latter-day Blanche DuBois. Have you checked out her Instagram account? She's having a whale of a time.

Amen to that. Preach.

8. "If You Think That I'm Saying That Because I'm High Maintenance, Like I'm Trying To Mask Every Problem That I'm Facing, Well You're Wrong. Cause I Don't Need Nobody When I'm Breaking. All I Need Is Your Love And A Little Bit Of Patience"

Further proof that the iffy title's pretty misleading: "Just Luv Me" is a self-respect banger.

9. "Let Me Rub Your Back. You Can Set Limitations"

They should play "Do You Wanna Come Over" in sex-ed, because it's making consent sound smokin'.

10. "Let's Fill Up This Bath With Bubbles. Loving Me So Hard It's Causing Trouble"

Again, vintage Spears-quaint smut. She's getting her bathmat wet and having a heck of a time doing so.

Admittedly not exactly pushing the boundaries on a purely lyrical basis, but, if you've ever dated someone who proceeded to date your clone afterwards, this line hits the spot. Nails the profound weirdness of realizing you're someone's type rather than a special snowflake in your own right.

12. "Round And Round We Go 'Til We Fall Like Dominoes"

I've placed the line without context here, but the song's all about a couple who can't stop fighting. This perfectly captures that "Let's just smooch instead" vibe. Because cuddling's better than being in the right, y'know?

13. "I See Who You Are With The Lights Out. We're Better Just Skin To Skin"

Britney Spears: keepin' it caliente since 1999.

Funny 'cause it's Spears. Have you ever seen anyone with such an expressive face? Me either. This line is perfect for her.

15. "Better Open Up Cause It Feels Much Better When We Open Up For Each Other"

I'm a huge softie so I'm loving the Oprah-vibes here: let's all be mushy together, ok?

16. "Ah, It's Too Late For Apologies. Ah, Nothing You Can Offer Me Now. Ah, I'm Looking At You On Your Knees And I'm All Listened Out"

Can't argue with lyrics this strong: she's on the warpath and you need to stop talking. Now.

Perfect self-referential lyric for this album. If you've listened to all seventeen songs and you're not dancing round your bedroom, you hate fun. Fact.

Oops, she's done it again: delivered an album so good that even the haters don't have a comeback. Write 'em in your diary, use them in a text or cross-stitch them onto your heart, because these lyrics are gold.