Sex lists are so yesterday — literally — the only list you need to know about today is of celebrity stoners. So step away from Lindsay Lohan's list of celebrities she's had sex with because this is SO MUCH BETTER. Hollywood's favorite pothead, Seth Rogen, shared his list of celebs he's gotten high with on Watch What Happens Live with Andy Cohen on Wednesday night. And it was great — but we've got some serious problems with it (kind of like our problem with Lohan's list's validity).

Cohen introduced the Neighbors star and his skit "Spill The Herbal Tea" by calling Rogen "a Hollywood star that was brave enough to come out of the closet — as a stoner." So you knew right there that this was going to be amazing. And what went down during "Spill The Herbal Tea"? Cohen named a handful of Rogen's former costars and famous friends and asked him to admit to which ones he's "blazed up with" and if he hadn't, to share what they're like stoned.

Apparently, Rogen teams up with Sarah Silverman and Paul Rudd on the regular to smoke a little weed — he's even blazed with the king of pot himself, Snoop Dogg, and everyone's least-favorite guy, Jonah Hill. But who hasn't he smoked with? Get ready to have your mind blown: 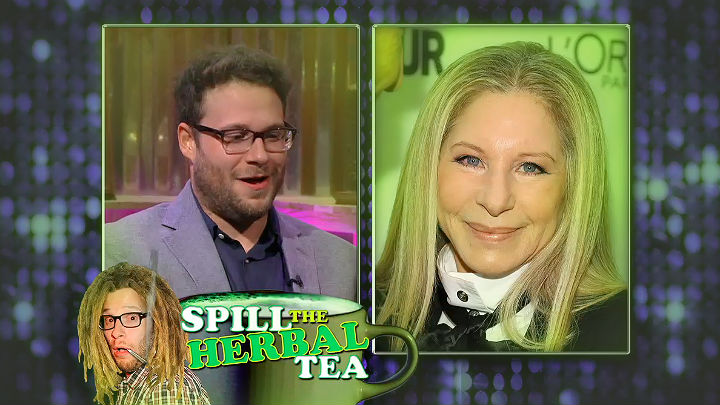 HE'S NEVER SMOKED WEED WITH JAMES FRANCO?!?! PINEAPPLE EXPRESS WAS ALL A LIE?! Okay, we kind of knew that they weren't actually stoned through that entire movie — but we were REALLY hoping that they were. And if they weren't, we at least assumed that they'd be smoking together after hours to do "character research." Ugh. We're calling bullshit on you, Seth Rogen.

We're also pretty disappointed that he didn't find time to share a joint with his The Guilt Trip costar, the fabulous Barbra Streisand. That just seems like too good of an opportunity to pass up — especially since he obviously talked about it with her (hence knowing about her high times with Peter Sellers).