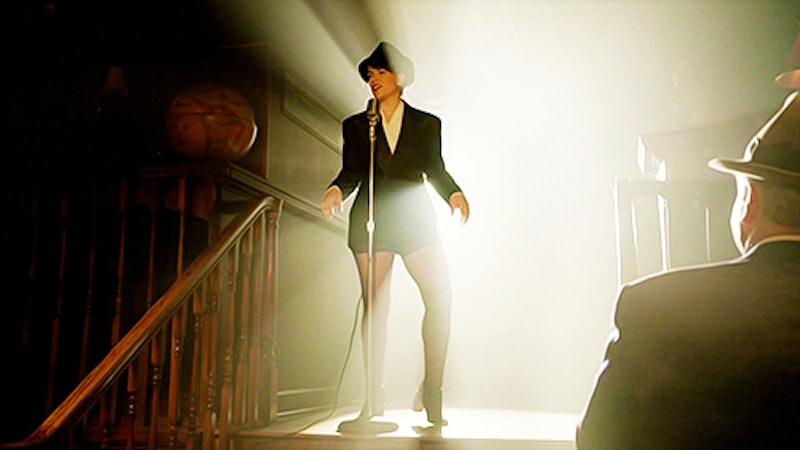 If you were an extraterrestrial descending to Earth decided to tune into the runaway success story that is Broad City in 2016, you'd be hard-pressed to guess that the show has humble origins as a YouTube series. The series has 178,000 followers on Twitter and 630,000 followers on Instagram, and the amount of devotion the show's fans have for Abbi Jacobson and Ilana Glazer's runaway hit is demonstrated though lovingly crafted artworks of the show's frontwomen submitted through the popular #fanartfriday hashtag. And now, if you're a long time fan of the music of the show, rejoice because there's going to be an official Broad City soundtrack and it's going to be seriously amazing.

Sure, the fact that the show's even getting an official soundtrack (putting it in the same megastar territory for female-fronted comedy as, say, Sex And The City or Girls) suggests Broad City has hit the big time. But, while they may no longer be the scrappy outsiders of TV, the content of the Broad City soundtrack suggests that the show's staying true to its roots. Music supervisor Matt FX Feldman (who teamed up with Jacobson and Glazer to produce the soundtrack) told Rolling Stone :

"When I first started working on the show, our resources were so low to the point where working with unsigned and unknown artists was the only way we could possibly afford to score an entire episode the way we wanted. These days, I see it almost as an obligation to keep the platform growing. Super duper excited that we've been able to physically encapsulate the sonic identity of the show with this soundtrack."

The fact that they're planning to keep promoting the same non-mainstream artists that they used when they had no budget is heartening. It suggests money makes no difference, and they're still going to do their thing — only now, the show has more power to direct their (bigger than ever) audience's attention beyond obvious pop hits to music you may not have come across before. I don't know about you, but I'm generally excited to discover "unsigned and unknown artists" that are talented enough to soundtrack a major show.

So if you're enjoy the music the show moves to (the "Yes Bitch" track is the one Abbi and Ilana dance to on their way into the club in the episode "B&B-NYC") or love discovering new, lesser-known artists, this could be your soundtrack: not just to the show, but to the rest of your 2016.