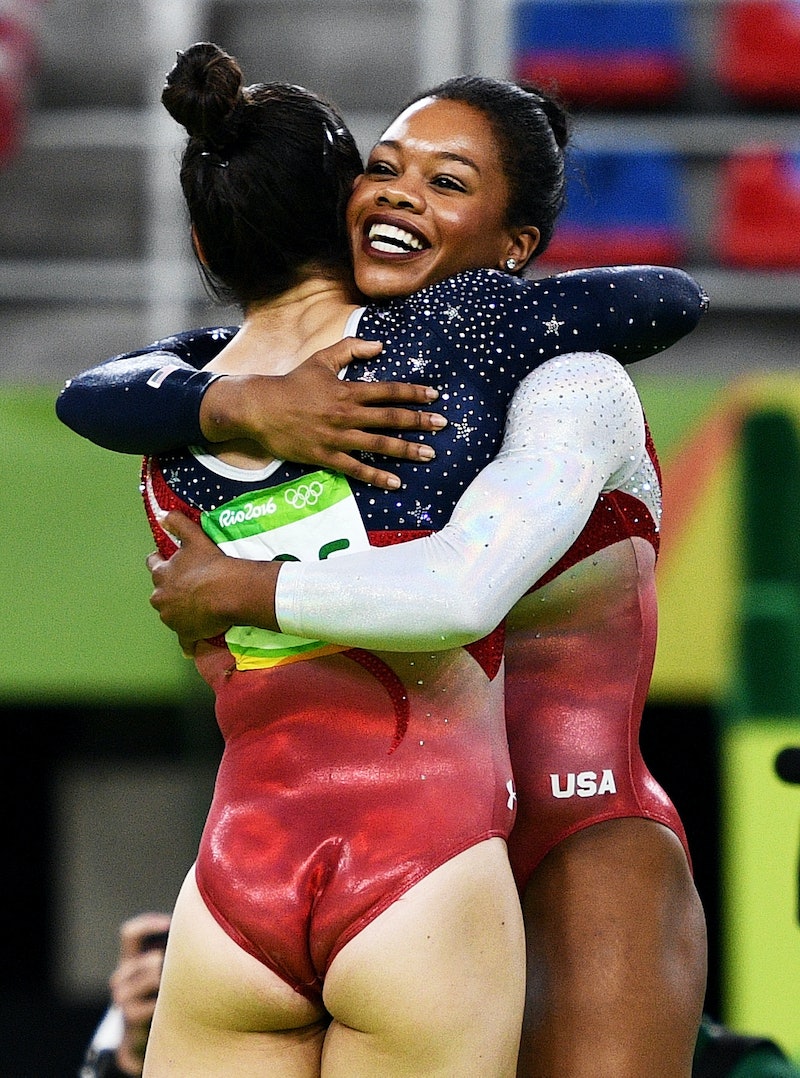 If you are one of the many fans looking forward to catching the Final Five present at this year's VMAs, I have some unfortunate news: The entire team isn't going to be there. While she was confirmed to be a presenter by MTV a couple of days before the show, it turns out Gabby Douglas will not be at the 2016 VMAs — and the reason is a pretty big bummer. Douglas tweeted not long before show time that she was recently released from the hospital and has to sit this one out. The gold medalist wrote, "Out of hospital&resting comfortably! #FinalFive sad I can't be with u 2 present tonite @MTV thank u xoxo #VMAs." Along with the tweet, she included a photo of herself lying in bed.

It is currently unclear why Douglas was hospitalized and her fans are asking like crazy on her social media pages. In response to the Olympic gymnast's tweet, MTV responded, "@gabrielledoug feel better, darling! we miss you."

While Douglas will no longer be in attendance, her Final Five teammates are still set to make an appearance. Madison Kocian tweeted about her hope of meeting a certain country star a day before the big show:

Carrie Underwood responded that she won't be there, but it looks like they scheduled a meet-up for another time:

And a couple of days before that, Laurie Hernandez retweeted the following to show her excitement: