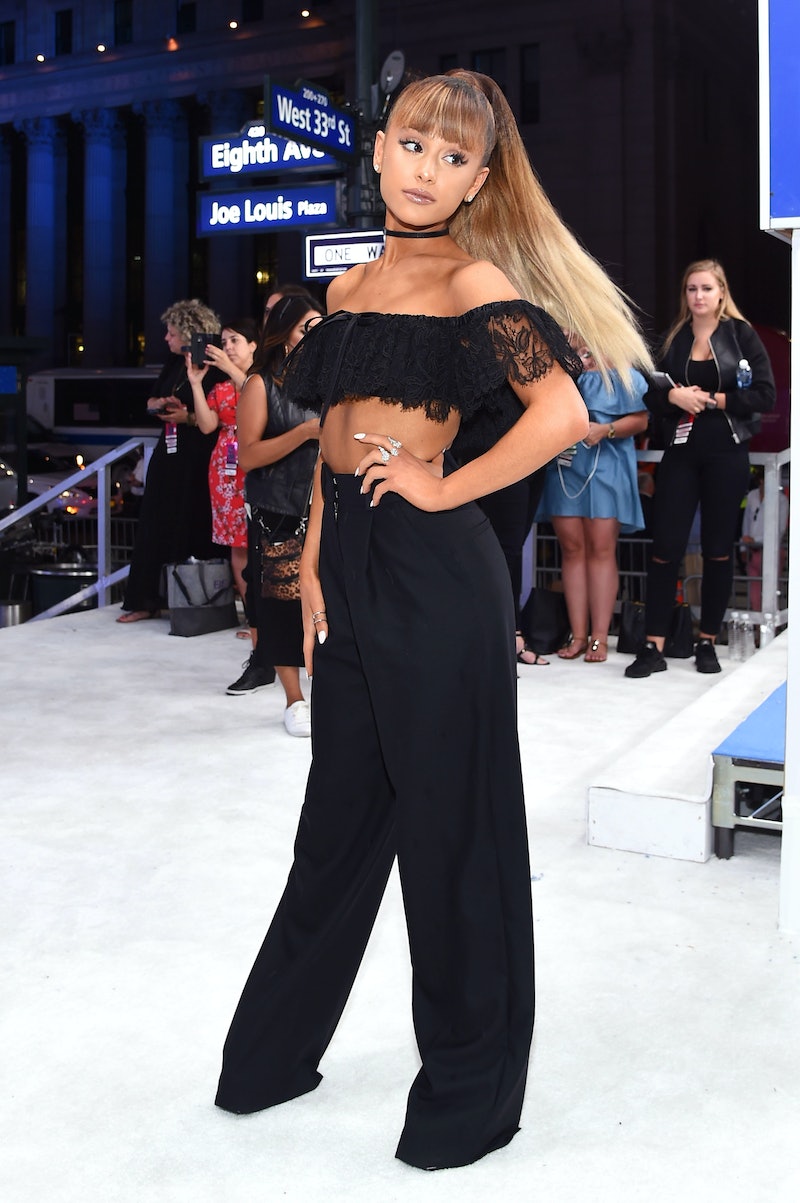 The MTV Video Music Awards are here and one big star graced the red carpet flawlessly on her own. Ariana Grande showed up without Mac Miller at the 2016 VMAs. When she was asked about her rumored new boyfriend on the red carpet, she graciously shut it down. Grande and Miller have been causing a lot of buzz lately, but on this Sunday evening, she's looking incredible and getting ready to perform and drop a new music video, so who has time to talk about rumored romance? Nobody, which she so expertly made clear.

Towards the end of her interview with Charlamagne, the MTV host asked the dreaded words I knew were coming: "Where's your bae?" Her two-word response was godly. "Being supportive," she replied. After cutting through that question with a verbal machete, she continued, "It's OK to be alone."

As if this wasn't amazing enough, she went on to give an awkward wink and make a finger gun hand gesture. I don't know if there are courses in professionally deflecting unwanted questions, but if not they need to be implemented in schools across the country immediately, taught by none other than headmistress Ariana Grande. Not sure if such brilliance can be taught, but why not try.

During the interview, the 23-year-old praised her fellow fierce woman Nicki Minaj, who she collaborated with for the "Side to Side" video, which will premiere after the show. They're also performing. I know I'm excited.

And remember, when someone asks something you don't feel like talking about, hit 'em with this bad boy, Ariana Grande style.