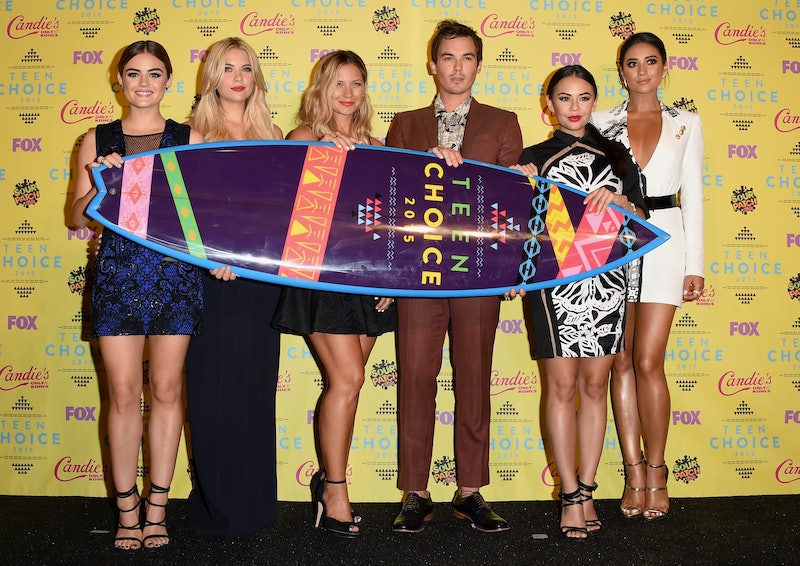 There's not much fans can do to console themselves from this news, but fortunately, showrunner King does have a new TV series for Freeform that she's moving on to, which she mentioned in her official statement regarding the mystery drama's conclusion:

It’s been an honor to work with such a talented cast and crew over the last seven years. We are a family, and it will be hard to say goodbye to a show that has made such an impact on young audiences and been a mouthpiece for cultural change. I’m excited for fans to finally have all of their questions answered, and I believe they will be satisfied with the wild ride that is our last 10 episodes. I am also thrilled to embark on my next endeavor Famous In Love with Bella Thorne and for PLL fans to get wrapped up in Paige’s rise to stardom and the pitfalls of Hollywood.

Fans who can't wait for Famous In Love to premiere — or whose cancellation sadness is too deep to start up a new show, even one with a PLL pedigree — should feel slightly better knowing that there is one other silver lining in Pretty Little Liars ending in Season 7. Now that we know PLL will end for good after Season 7, that means that every question we've ever pondered about the show's ultimate mystery will finally be answered — including who are ultimate Uber A is. Hopefully the show will reveal all in these next 10 episodes, and give fans the juicy conclusion we've been waiting years to see.

I'll miss you, Pretty Little Liars. Here's hoping that your final 10 episodes are your best.