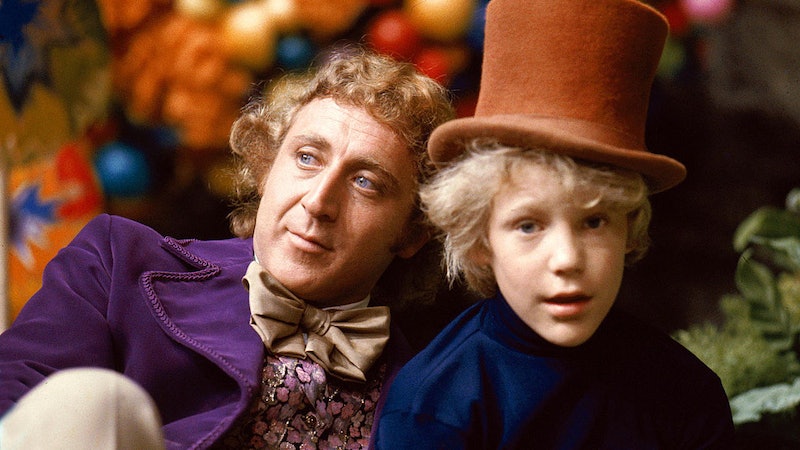 2016 just won't stop taking our favorite celebrities away from us. To a long list that already includes the likes of Alan Rickman, David Bowie, Prince, Muhammad Ali, and Anton Yelchin, we can now add the beloved star of Willy Wonka And The Chocolate Factory. According to the AP, Gene Wilder died this Monday at the age of 83 due to complications with Alzheimer's disease. Apart from that classic children's movie, Wilder was also known for his iconic roles in such comedies as Young Frankenstein, Blazing Saddles, and The Producers, the latter of which earned him an Academy Award nomination for Best Supporting Actor.

As is the norm these days whenever an admired public figure passes away, news of Wilder's death was greeted with an outpouring of grief on social media, with users posting moving tributes and memes to the fallen actor, sometimes listing their favorite Gene Wilder roles or talking about how his films impacted their lives. This feels particularly appropriate in Wilder's case, since the man has been the face of one of the most ubiquitous memes of the past five years or so, the so-called "Condescending Wonka."

However, there's nothing condescending about the following memes and tributes to the late great Gene Wilder:

RIP, Gene Wilder. Thank you for introducing us to a world of pure imagination.