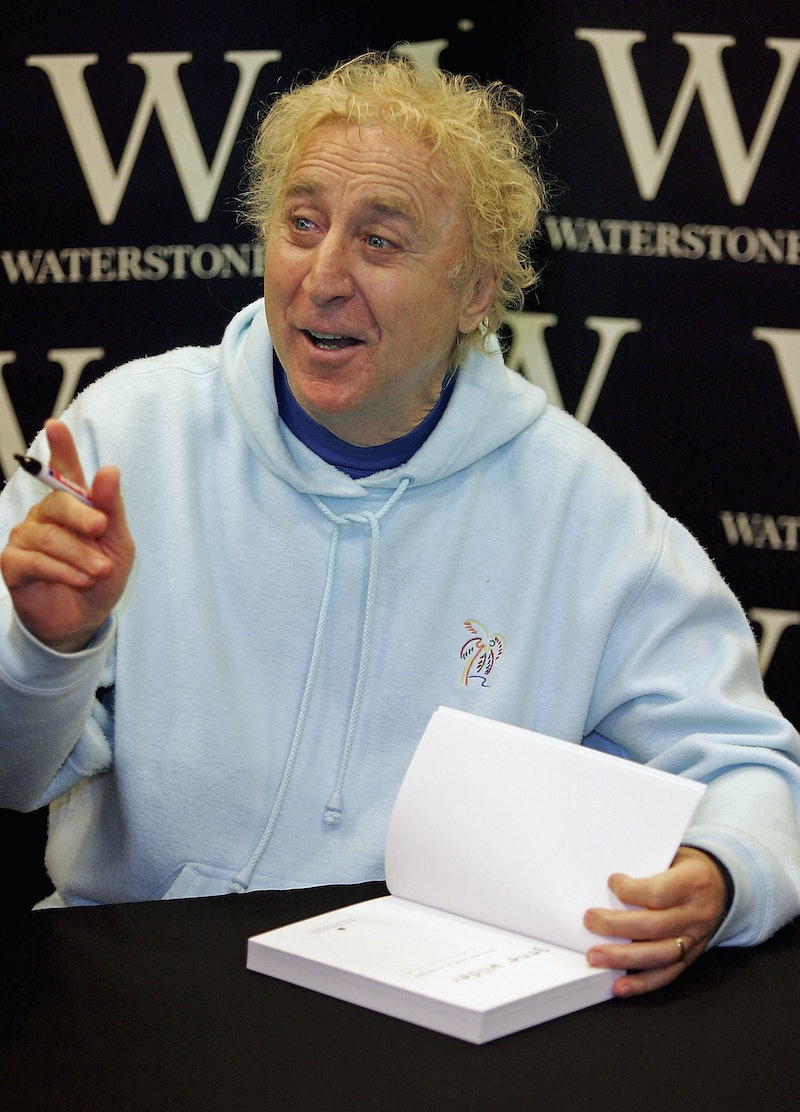 On Monday, the devastating news broke that screen icon and comedy trailblazer Gene Wilder has passed away. He was 83. Wilder's nephew Jordan Walker-Pearlman confirmed to Variety that he died due to complications from Alzheimer's disease. As we pay tribute to his unparalleled performances in beloved films such as The Producers, Young Frankenstein, Blazing Saddles, and Willy Wonka & the Chocolate Factory, it is imperative that we do not forget all of the good Wilder did off screen— namely, the work he did to promote ovarian cancer detection and awareness in honor of his third wife Gilda Radner.

In 1989, comedic legend and acclaimed writer Gilda Radner died of ovarian cancer at the age of 42. In the wake of his wife’s tragic death, Wilder made it his mission to raise awareness about the disease. Not only did the Silver Streak star name the ovarian cancer research program at Cedars-Sinai Medical Center after Radner, but as the Associated Press reports, Wilder went before Congress in 1991 to speak out regarding the need for more cancer testing.

Wilder also helped launch Gilda's Club, a nonprofit organization that seeks to provide emotional support to people who are battling cancer. Inspired by The Wellness Community — the very support group that Radner championed — Wilder, Radner’s cancer psychotherapist Joanna Bull, Joel Siegel, Mandy Patinkin, and others co-founded Gilda’s Club in 1991, and the first location opened in New York in 1995. In 2009, Gilda’s Club and The Wellness Community joined forces and formed the Cancer Support Community.

"It's a place where people can come and live every moment they're alive," Wilder told The New York Times in 1994. "There's still a lot of taboo about cancer, a lot of fear. We don't want people to stay in a room and be scared to death. We want them to come to Gilda's Club, a place where they can feel like a human being again."

When news of Wilder's death broke Monday, Gilda's Club co-founder Bull said the following in a statement from the Cancer Support Community:

Gene was a great friend and supporter to Gilda’s Club. His support was monumental during the founding of Gilda’s Club, and he remained a strong advocate for the vital programs and shared mission of our two legacy organizations. Gene had promised Gilda that no one should face cancer alone, a vow that moved Gilda’s Club forward as he served as its celebrity spokesperson. That promise was held over many years and supported in every way by his widow, Karen. The Cancer Support Community and Gilda’s Club are grateful, and we are diminished by the ending of Gene’s wonderful life.

Wilder was one-of-a-kind great, both on and off screen. He will be missed.