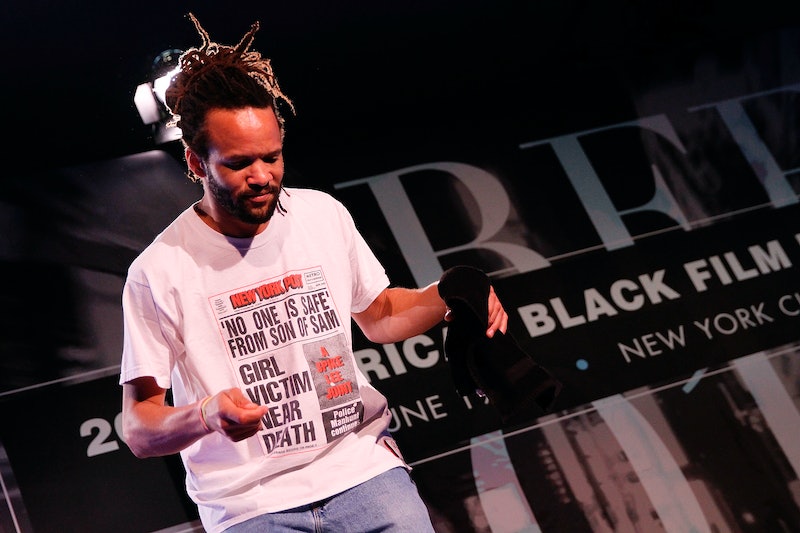 Nigel Lythgoe said he has been trying to get Savion Glover on So You Think You Can Dance for years during the Aug. 29 episode and that's for a very good reason. I had the pleasure of seeing tap icon Glover perform live years ago and I'll never forget his amazing ability. In honor of the 250th episode of So You Think You Can Dance, Nigel's wish finally came true with Glover choreographing a dance for Next Generation tapper Emma and her All-Star Gaby. Although you may not have recognized (especially if you're not a trained dancer) how intricate or rhythmically challenging Glover's routine was, the commentary from the dancers and judges made that known and Glover's greatness as a dancer and choreographer was very apparent.

If you're unfamiliar with Glover, then consider yourself lucky that So You Think You Can Dance has introduced you since as host Cat Deeley mentioned, dance legend Gregory Hines had said that he believed Glover was the greatest tapper that ever lived. Emma told Cat that she hadn't realized how meaningful it was to learn a dance from Hines until her mom and Gaby cried when they found out that Emma would be working with him. Emma also discovered how intricate Glover's choreography was firsthand, particularly when it came to musicality since as Gaby noted, Glover's feet move as if they are the music. Although the little tapper struggled in rehearsal and appeared to depend on Gaby a little more than usual in her performance, she still pulled off the classic dance with panache.

Nigel and Glover both worked with Hines in their dance careers and now that Nigel got Glover to contribute to So You Think You Can Dance, I'm hoping that won't be the last viewers will see of him or his work. If the dance competition series continues this trend of having fabulous tappers succeed on the show like Emma and Gaby, then I'm confident that Glover will bring his expertise to the So You Think You Can Dance stage again someday soon.