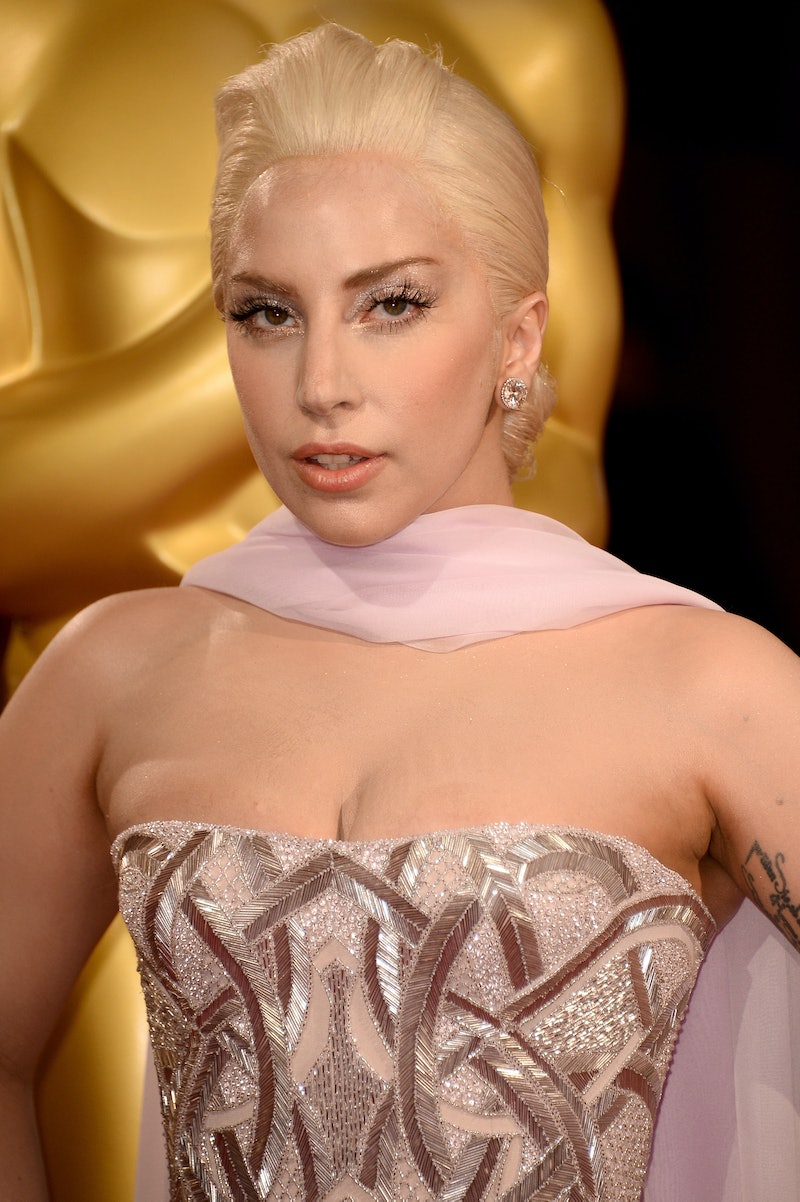 Lady Gaga almost didn't get to play at South by Southwest, but a change soon before the festival gave Lady Gaga her chance and it sounds like she took full advantage of the opportunity. In this case "full advantage" means Lady Gaga was puked on during her SXSW performance, attached to a spit like a pig, and basted like a piece of barbecue. When in Rome!

Gaga's show was sponsored by Doritos and it was originally planned that she would perform on their vending machine stage. This idea was nixed by SXSW organizers who believed the venue was unsafe since Gaga would draw a crowd too large to be properly accommodated. Gaga's performance was eventually moved to Stubb's BBQ, a 2,200-person venue, which for Gaga meant a more intimate crowd that what she's used to.

The singer was excited about the idea and in an interview with Rolling Stone made it sound like she would use the situation to give fans a look at a toned down version of Lady Gaga.

It’s all about the music and the connection with the crowd, and I want the audience in Austin to see me live in a way I never have before. I love theatrics, but I started out singing at a piano with a Bud Light in a bikini. Performing at Stubb's is a real blast from my past, I can’t wait to celebrate with the audience how far music can go when we believe and stick together.

What Lady Gaga's performance ended up as was far from just a girl at a piano sipping a beer. Gaga went full Gaga. Well, maybe 75% Gaga. Did she arrive on stage in an egg or have fireworks shoot out of her boobs? No, so it was different in that the theatrics weren't high-tech, but there were definitely theatrics.

(Watch at your own risk.)

Gaga was pulled onto the stage hog-tied to an over-sized roasting spit and basted with barbecue brushes by back up dancers (back up basters?). She wore a black bikini and fishnet stockings, so at least her outfit was more subtle than it has been in the past. But really, if there was ever an appropriate time for a meat dress, this was it.

Gaga was also joined on stage by a "vomit painter" who "proceeded to drink a full bottle of neon green liquid before forcing herself to throw up on the singer as she played drums." The vomit painter later made another masterpiece, this time with black puke "as the pair pawed one another amorously atop of a slowly-rotating mechanical-bull-like pig with a ball-gag." Aren't you just craving a nice rack of baby back ribs right now?

Fans did get the quieter moment Gaga mentioned. Gaga played her song Dope alone at the piano and gave fans an inspirational message. "It's so much easier to be yourself than it is to be somebody else because then you have to pretend to be someone else and like things that you don't like and do stuff that you don't want to do." The concert benefited Gaga's Born This Way Foundation which promotes just that message.

So kids, if you don't want to be covered in fake (but if you think about it, technically real) vomit and be roasted like a hog, that's your choice! Lady Gaga was just trying to make sure that point was crystal clear.