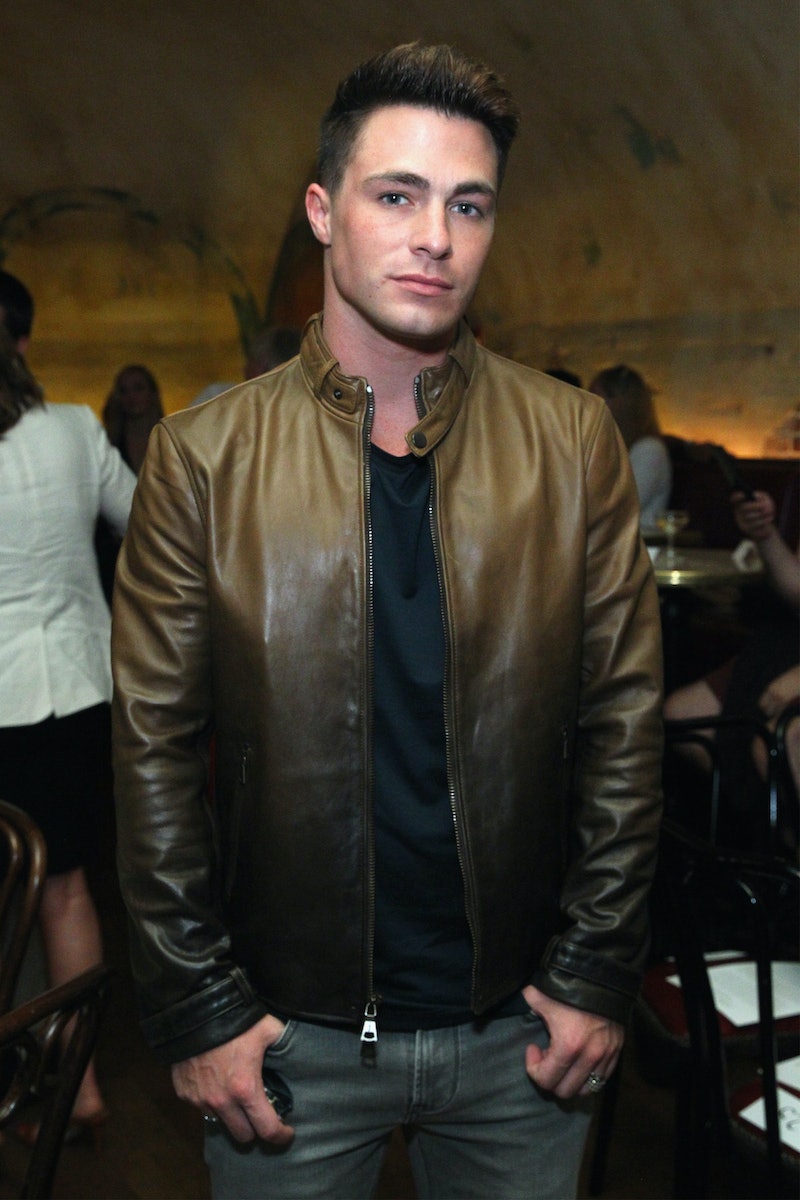 In early May 2016, actor Colton Haynes publicly came out as a gay man in an interview with Entertainment Weekly. Before that moment, Haynes was subjected to a slew of speculation, and he shared with EW that he had already come out to his friends and family privately, but that he was always warned to hide it from the public due to his career. Now, just a few months after his reveal, Haynes has been honored with the Human Rights Campaign's Visibility Award, and his beautiful and inspiring speech show how important his coming out was, especially given his platform.

Haynes credits his recent exciting endeavors in his career to finally living his truth, which is a beautiful statement in itself. It is a very humbling fact to realize that just a few months ago, Haynes was still struggling with anxiety and fending off rumors of his sexuality, and now, he is proudly standing on a stage receiving an award for bringing visibility to the LGBT community, simply for being himself. Haynes began his speech through tears, and said,

"I've experienced a lot of 'wow' moments in my life, but I think tonight, it's probably topping all of them. My coming out was a bit splashy for many people... That's just how entertainment works. It makes a bigger deal out of everyone's personal decisions... I never made a decision to be gay, and that came just as naturally as the color of my eyes."

While trying to compose himself, Haynes revealed the importance being honest. He continued,

"It's up to me to be honest and open with everyone and that's why I'm here tonight and that's why tonight is so special for me. I'm asked to play so many roles as an actor... Tonight, I can actually be myself for the first time. It feels incredible... I feel lucky just knowing we have such a strong, fierce, united community that believes as I do that equality is our birthright. It's not a slogan."

Haynes living his truth will serve to inspire other people struggling with coming out. The past few months of Haynes' life show how being true to yourself can allow you to fly. The fact that it has happened so very quickly gives me hope that LGBT people will be able to find acceptance as nurturing and welcoming as he has. Haynes said he didn't feel deserving of the award just yet, but explained,

"Instead I will accept this award as a promise. My promise is simple and real, and I'm not making it to you... I'm making it to the next generations of lesbians and gay men, bisexuals, and transgender youth, and I hope my example will give them the confidence and hope to be who they are as well. I want to give them just a little more courage to know that they're loved just as they are and to know that they'll grow up beautiful and strong and proud."

Towards the end of his speech, Haynes gave a beautiful nod to the Human Rights Campaign:

"As an actor, I know that not every film or television show has a happy ending and... thanks to the HRC, many more of us will have a very happy beginning. You make the impossible seem a little easier and you give me the hope that I want to share with the world tonight."

Haynes is a living example of the LGBT community's promising future and a voice that will continue to inspire those for years to come.