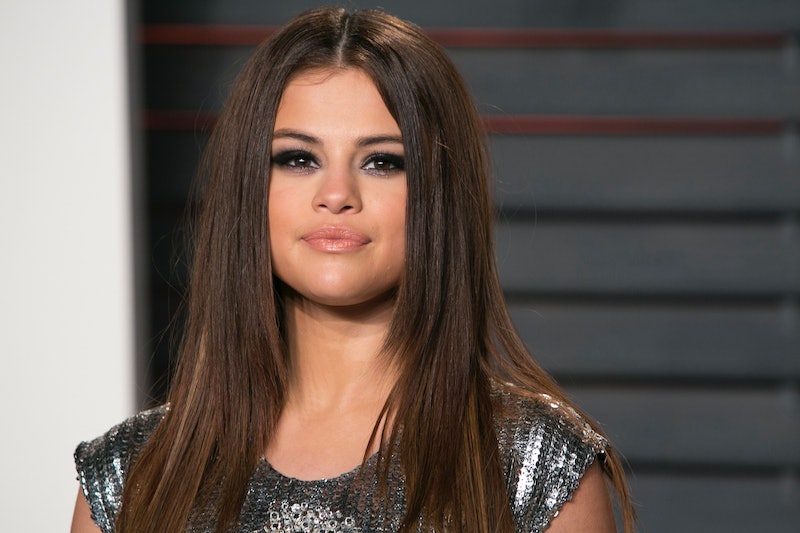 On Tuesday, in a statement released to People, Selena Gomez revealed she is taking a break from her career to focus on her health and happiness. With her lupus diagnosis, which she announced in October 2015, and the symptoms that come with it, the singer understandably needs some time to focus on herself. Part of her statement reads, "As many of you know, around a year ago I revealed that I have lupus, an illness that can affect people in different ways. I've discovered that anxiety, panic attacks and depression can be side effects of lupus, which can present their own challenges." She continued,

I want to be proactive and focus on maintaining my health and happiness and have decided that the best way forward is to take some time off. Thank you to all my fans for your support. You know how special you are to me, but I need to face this head on to ensure I am doing everything possible to be my best. I know I am not alone by sharing this, I hope others will be encouraged to address their own issues.

The co-CEO and co-president of the Lupus Research alliance, Kenneth M. Farber, also released a statement to People praising Gomez for her bravery and courage to take time off. In addition, Farber also noted of the side effects the 24-year-old singer is experiencing. "It is not commonly known that depression, anxiety and panic attacks can be side effects of lupus," he explained before adding, "We are so proud of Selena for taking care of herself and bringing awareness to this sometimes very misunderstood illness."

Gomez's openness is truly inspiring, especially when it comes to showing others that it's OK to take a break to focus on yourself. Sometimes it's difficult to step back and realize you need to time to regroup, no matter what you're going through. So many people are on the go and are constantly pushing themselves, including celebrities who have extremely busy schedules, that they are sometimes blind to the fact that they need rest and relaxation.

As Gomez shows, no one should ever feel ashamed to voice why they need a break or feel bad about taking care of themselves. I'm sure there are many who have experienced something similar to Gomez, so to hear her open up about it is probably helping them, as well.

Currently, Gomez's Revival tour is set to run through Dec. 18, but as Page Six reports, she has yet to comment on whether dates will be rescheduled or if she will finish the tour before taking time off. Bustle has reached out to Gomez's rep for comment on the tour, but has not yet received a response.