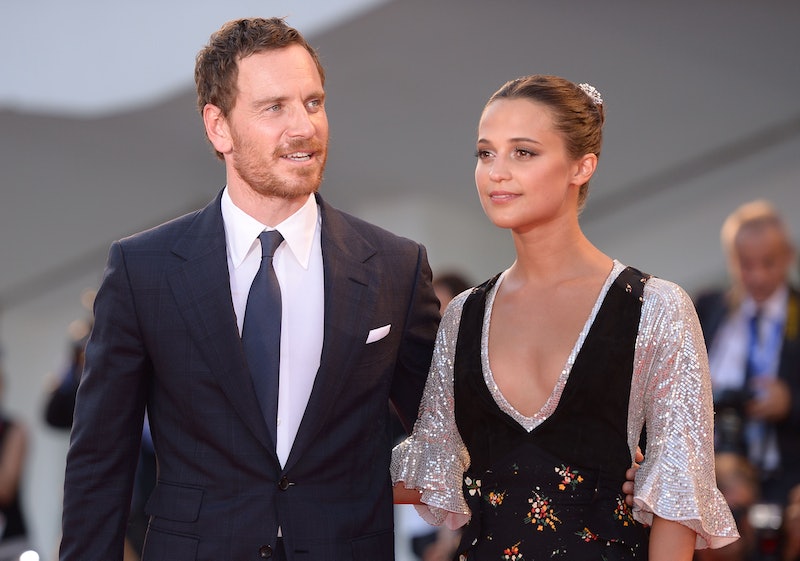 When it comes to attractive celeb couples, Michael Fassbender and Alicia Vikander are definitely included. Both incredibly successful actors in their own right, Fassbender and Vikander have managed to remain afloat as a couple, despite being constantly in the spotlight. Neither refuses to comment on their relationship, but they keep things subtle, and the pair are rarely caught on camera together, which is impressive considering their status. That could be about to change, though, with the impending release of The Light Between Oceans, the movie that brought them together — they met when they were cast as husband and wife. But when did Michael Fassbender and Alicia Vikander start dating?

Although The Light Between Oceans is being released on Sept. 2, 2016, filming took place two years ago, according to SSN Insider. It was announced way back in June 2014 that Vikander had been cast opposite Fassbender in the film adaptation, according to Deadline, and filming wrapped in November the same year. It was first reported in December 2014 that the co-stars were dating, with a source revealing to E! News that "Michael and Alicia are casually dating, spending a lot of time together." Photos of the couple on a beach in Sydney appeared to confirm these reports.

As both Fassbender and Vikander are extremely private, it's difficult to pinpoint the exact date that the pair started dating. Having met in 2014, and been spotted together outside of filming from October 2014 onwards, it's possible that the pair got together during the making of The Light Between Oceans. As anyone that's seen the trailer will attest, the actors have incredible chemistry, and it's no surprise that the attraction translated to real life. Even though discussions of each other are rare, Fassbender has spoken about Vikander's acting ability, and in a December 2015 Vogue story about Vikander, he praised "the way she embodies her characters from head to toe." Fassbender is certainly enamored.

We're unlikely to get any firm answers from Fassbender and Vikander regarding their relationship status any time soon. But we can all watch The Light Between Oceans when it comes out and try to figure out if there's a momen the pair really clicked.