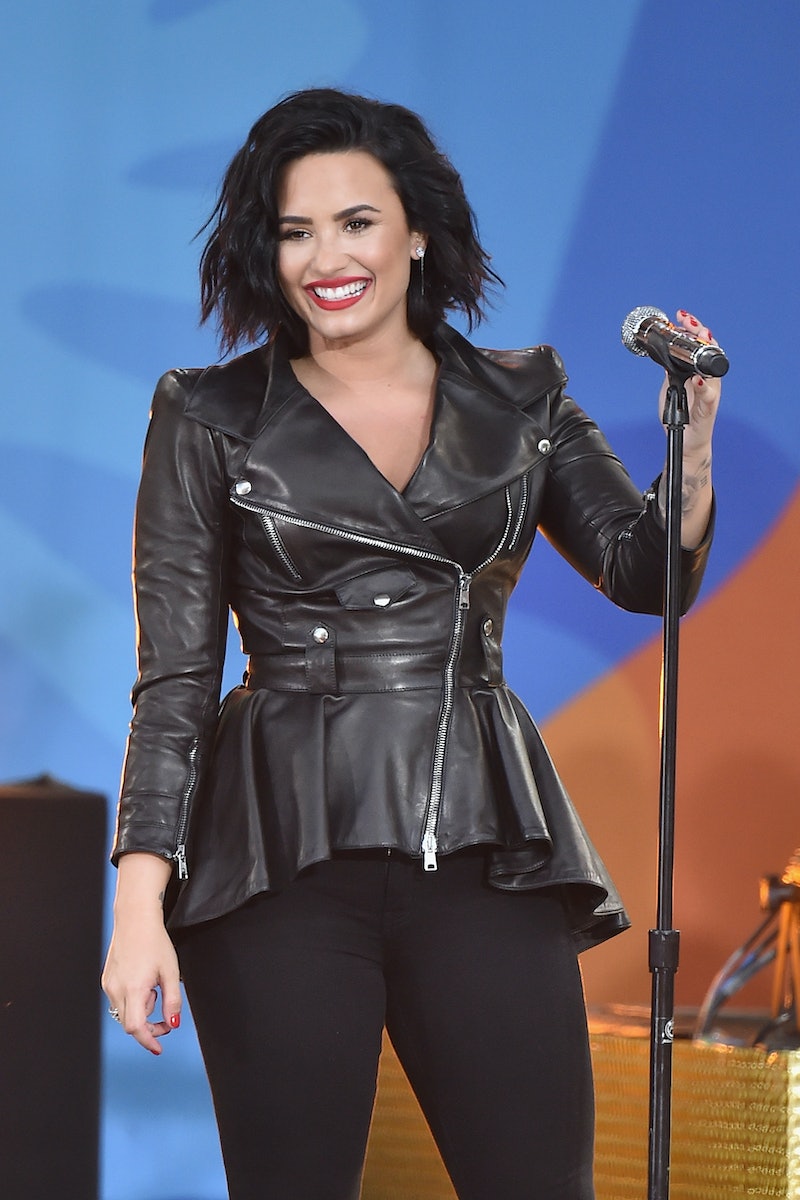 Celebrities surprising fans is probably my all-time favorite YouTube search in the entire world, only second to military parents surprising their kids (but I can't even watch those unless I want to spend the next three hours of my life dissolving into tears on the couch). So when Demi Lovato surprised fans by going undercover as a Lyft driver, I was all for it: I love this cheesy, heartwarming stuff. I love shocked fan reactions. I love when artists go above and beyond for their fans. THESE ARE ALL THINGS I LOVE. But when I actually watched the video, I couldn't help but be surprised myself: How in the hell did the Lyft passengers not realize that Lovato was the driver?

For one, the "Cool for the Summer" singer was "disguised" in nothing but mirrored aviators and a hat. She made no attempt to alter her voice (speaking or singing), and literally even sang Camp Rock songs with a passenger at one point. She also spent the entire car ride — with various passengers — hinting all over the place that she was Demi Lovato: Talking about Nick Jonas (which was hilarious) and Selena Gomez (which was even better), and even mentioning how she is a singer who is touring the country with her ex-boyfriend's brother, which had me rolling.

Sure, some girls were just casual fans, and I get that no one was expecting to be driven around by Lovato that day. But the one who couldn't stop gushing over Lovato and at one point said she was beautiful (which the real Lovato retorted by saying Demi had a "butt chin")? COME ON: You're looking right at her! What a coincidence that the driver also happens to have a cleft chin as well. And really: No one thought it was weird how the driver — who had a remarkably good singing voice, shared Lovato's raspy vocals, and looked strangely like Demi Lovato — kept bringing up the singer and all things associated with her?

Not to mention the fact that all the passengers rode shotgun, when anyone who has ever taken a cab or car service knows that the automatic instinct is to sit in the back, not next to the driver. Maybe they coaxed them into the front seat by explaining that there were no seatbelts in back, I don't know. But I think as a passenger, I'd probably be the tiniest bit curious to know why I was being forced to up front.

Of course, at the end of the day, it's really all about the sweet surprise. It's definitely a cute video, and Lovato (and her hilarious pop culture commentary) made me laugh throughout the whole thing. But I just cannot help but wonder how on earth the passengers didn't catch on earlier. She was right there!