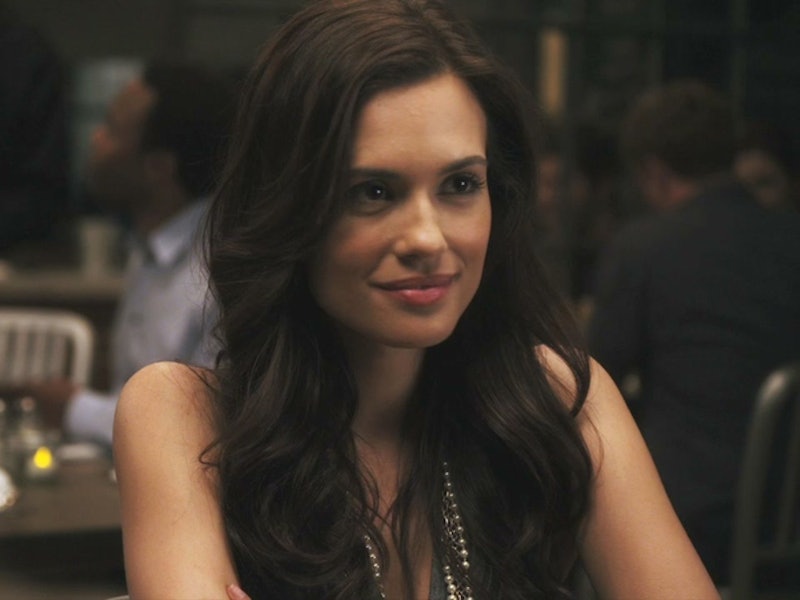 Since his head is currently rolling around on the floor, detached from its body, I think it's officially safe to say that Noel Kahn is not A.D. like many fans originally suspected. And now with Sara Harvey dead and Jenna Marshall kidnapped by the actual A.D., a great number of our theories have been disproven, which means the hunt for A.D.'s identity is still on. And while Wren is certainly still a definite possibility, I'm sure you've also found yourself wondering whether Melissa could be A.D. on Pretty Little Liars , given she's been mysteriously MIA for some time and could be up to who knows what.

However, thanks to a recent statement I. Marlene King made to reporters during a conference call, we may be forced to rule Melissa out as a possible candidate since King isn't even sure Torrey DeVitto will be able to come back to visit before the show ends due to some apparent scheduling conflicts. "You know we talk about it all the time, but she's on Chicago Med and is very unavailable to us," King states to reporters. "I'm still hoping to get her into the finale, but we haven't figured out how to do it just yet."

Now, this could always be a strategical tactic on King's part by making it seem like Melissa won't be able to make an appearance. Because if we believe she can't be there, then there's no way we'd think she was A.D., considering this person will eventually have to be unmasked by the end of the series. So is King just trying to throw us off track or does this officially confirm that Melissa isn't A.D. after all?

As per usual, I'm not entirely sure what to believe, but given that DeVitto really is currently starring on Chicago Med, it seems possible that her busy schedule could keep her from reprising her role as Melissa. And I doubt King would base an important villain around someone who'd have a difficult time appearing on the show. So, for some, this might put their A.D. theorizing back to square one. Plus, why would Melissa want to avenge Charlotte's death when she was at least partially responsible for Wren and Melissa's breakup? Then again, maybe that's what King wants to see happen. (Boy am I going to miss all of these mind games when the show comes to an end. What will I do with all my residual paranoia?)

Either way, though, I wouldn't completely rule Melissa out as a suspect just yet, but keep in mind that there are still plenty of other candidates out there who could finally bring this mystery to a close.