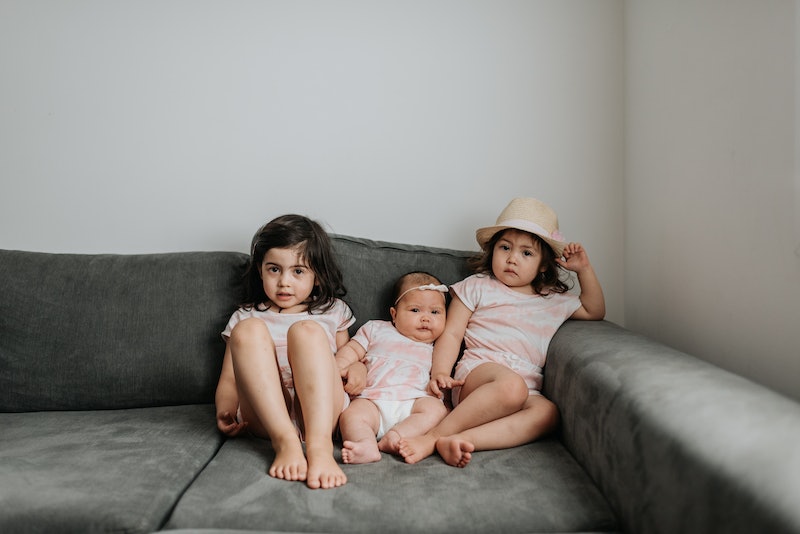 Naming a human being is a pretty big task, and one that most parents take very seriously — but that doesn't mean everyone comes up with the perfect name for their kid. Indeed, a new survey from the UK says that almost a fifth of parents regret the name they pick for their child. Sort of makes you wonder if your parents maybe wound up wishing you were called something else, doesn't it?

Now, the poll in question was conducted through the parents' forum Mumsnet, which means that it isn't a scientific survey — that is, no researchers have taken steps to make sure the data is as representative as possible of the general population. However, it's still pretty revealing: Overall, 18 percent of parents said that they regretted choosing the name that they did.

What's more, Mumsnet founder Justine Roberts told the Telegraph that this might not be the most surprising thing. "Choosing your baby's name is one of the first things new parents do," she explained, "so in some ways, baby name regret is great practice for parenting — you do a lot of hard work and research, try to please several people at once, and end up getting it wrong."

So why do parents wind up regretting their children's names?

The most common complaint according to the survey is that they think the name is too common; 25 percent of parents who regretted the name of their child said they regretted picking something that is too commonly used, and 11 percent said it was because the name isn't distinctive enough (though there may be some overlap between these groups; parents were allowed to select more than one option). As such, it's not surprising that around 23 percent of parents who regretted the name they picked said they first started regretting it when their child started school — around the time that it became apparent baby Jennifer had three other Jennifers in the class.

However, 32 percent of parents said they knew within the first six weeks — including three percent who said they knew the moment the child was born. So what's going on there?

Well, around 20 percent of parents with naming regrets said they never liked the name and were pressured into using it, which is pretty sad. Another 21 percent said that the name just never felt right, and 11 percent said it doesn't suit their child (again, parents could select more than one option, so there may be overlap here). It also sometimes happens that the nature of the name itself changes — about three percent said public perception of the name changed after the baby was born.

And then six percent of regretful parents said they have no idea why they chose the name at all. Which, honestly, is kind of hilarious. Shouldn't that be a discussion you remember?

The good news, Mumsnet says, is that most kids do grow into their names. And if they don't, they can fall back on nicknames or changing their names when they get older.

So do either of your parents wish they'd called you something else? If so, what would they have picked? The whole thing is pretty weird to think about.