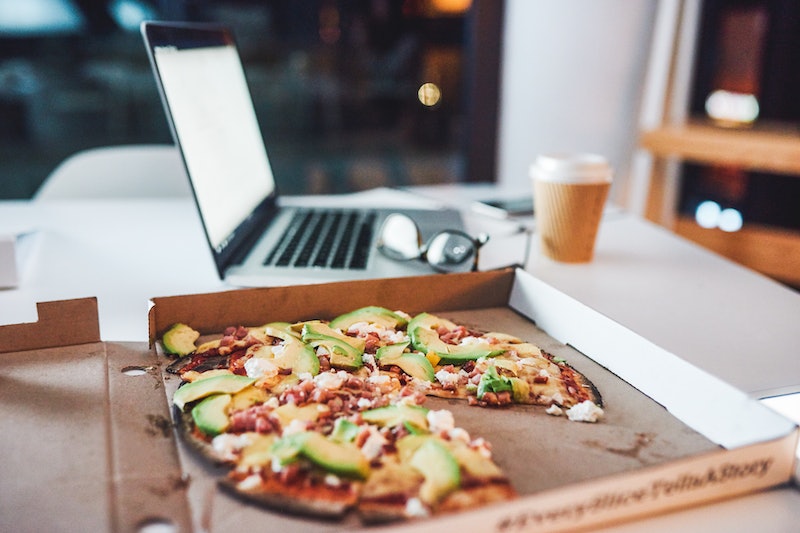 Earlier this year, pizza ranked as America’s favorite comfort food, and now new research says that pizza is also the ultimate incentive. A study by Dan Ariely, a psychology professor at Duke University, found that pizza motivates workers more than free money. Yes. You heard me correctly — employees worked harder when there was a pizza voucher on the line than they did for a cash bonus.

In the study, which Ariely details in his upcoming book Payoff: The Hidden Logic That Shapes Our Motivations, workers in an Israeli semiconductor factory got one of three messages at the beginning of their week. The messages offered them either a voucher for a free pizza, a $30 cash bonus, or a compliment from their stern boss (in the form of a text reading: "Well done!") in exchange for hitting target goals. Approximately a quarter of the factory’s employees did not receive any message, and their productivity acted as the study’s control. The productivity of the four groups was measured by the number of computer chips each worker was able to assemble per day. Hit a certain number of chips, and Ariely promised that they would receive their reward.

One would think that the top motivator should be money, right? With $30 you can buy two pizzas, but the results that followed were surprising.

At the end of the study, the compliment came in first place, pizza was in second, and money, well... you know. So why will people put a slice of the ‘za before their wallets? According to Ariely's hypothesis, people like feeling appreciated (and having their tummies filled) more than the possibility of a cash incentive. Ariely believes it may be a matter of extrinsic versus intrinsic motivators.

Ariely sums up his theory with a quote by Adam Grant, a psychology professor at Wharton. "Extrinsic motivators can stop having much meaning — your raise in pay feels like your just due, your bonus gets spent, your new title doesn’t sound so important once you have it," Grant explained to The Wall Street Journal. "But the sense that other people appreciate what you do sticks with you." Give someone a piece of your pie and a heartfelt compliment and it seems you'll go far. But then again, we already knew that pizza is awesome any way you slice it.