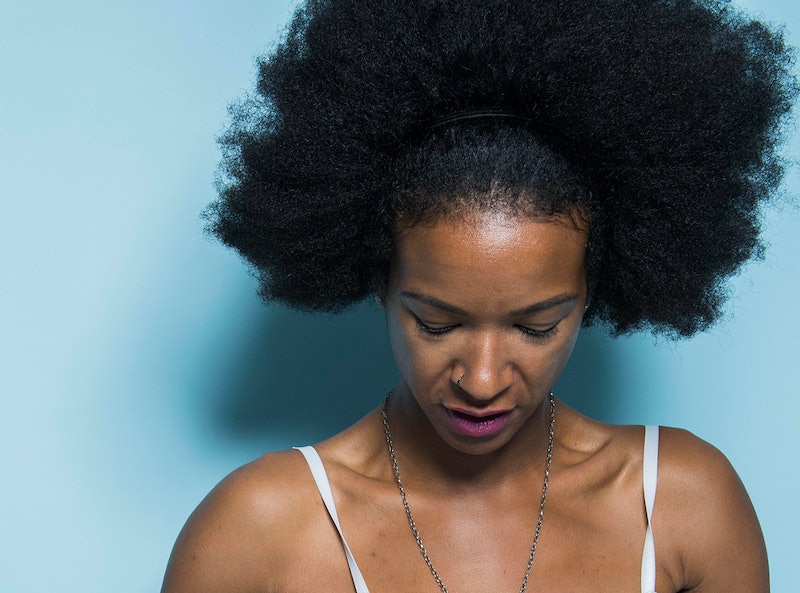 When I think of places where my afro-textured hair would be deemed unacceptable, one of the last places on that list is South Africa — but of course, the world is full of surprises. Luckily, this particular case of hair-shaming has a happy ending. A South African high school recently came under fire for a hair policy that reportedly targeted afro-textured hair. However, after numerous student protests, Pretoria Girls' School students can now wear afros free of punishment. According to Essence, the Gauteng Department of Education released a statement confirming the admittance of afros into public schools. They also launched an independent investigation into the alleged ongoing racism taking place at PGS that has been highlighted during the protests through interviews with students.

According to CNN, the school's policy had originally stated that hair "should be conservative, neat and in keeping with the school uniform." Students at the school launched a protest against the dress code, saying they had been told repeatedly that the natural state of their hair is too "exotic" to fit into the regulations. Photos from the protests show many students and parents marched along side of the school with signs that read statements like "Born With Nappy Hair, Deal With It."

These protests combined with media attention prompted the school to respond. A statement on the Pretoria website reads, "We at the School Governing Body would like to extend our apologies to all those that have been harmed and impacted by the recent events and the concerns of the learners of our school. We acknowledge that we need to work together to rebuild the trust between the various members of the greater school family." Bustle has reached out to Pretoria High School for comment.

Update: Pretoria High School responded to Bustle's request for comment, saying over email, "Please refer to our Code of Conduct which stipulates what is required for both 'white' and 'black' hair." The code of conduct can be found here.

I've long since viewed my afro-textured hair as a symbol of where I come from, where my parent's come from, where their parents come from, and so on. While I don't exactly wear my afro as a political statement, I can say my hair and skin are the most African things about me. Of course, just like the United States, South Africa has its own issues with embracing integration and celebrating cultural diversity. Twenty years after the apartheid, both countries are suffering from deep racial tensions.

I can attest that having your hair called indecent, unruly, or unprofessional wears on both your confidence and appreciation of your heritage. Afro-textured hair has and is historically misrepresented and the issue doesn't only lie with South Africa. Institutions in the United States has previously banned headwraps, afros, and braids alike — just this summer, a school in the Louisville, Kentucky reportedly banned dreadlocks and cornrows.

Hair experts know that protective styling such as cornrows, braids, twists, and more can lead to healthy, strong afro-textured hair. Many of us ditch straightening products for health reasons as well as to reclaim our natural, beautiful, big hair. Not only do chemical relaxers and straightening tools dry out the hair, but they can actually burn it off, according to Livestrong. Hair policies and dress codes that appear to specifically target afros — whether explicitly or not — perpetuate the idea that taking care of our hair is not important.

The best part of afro-textured hair is its versatility; you want to take a break from manipulating your hair? Get braids or a weave. Too busy for all that noise? Get it relaxed. Want to just have the hair you were born with? Wear it loose. I do know for certain that if my fellow afro-textured beauties continue to resist systematic pressure to manipulate our hair in a way that feels unnatural to oneself, our beautiful curls will eventually have to be embraced by all.