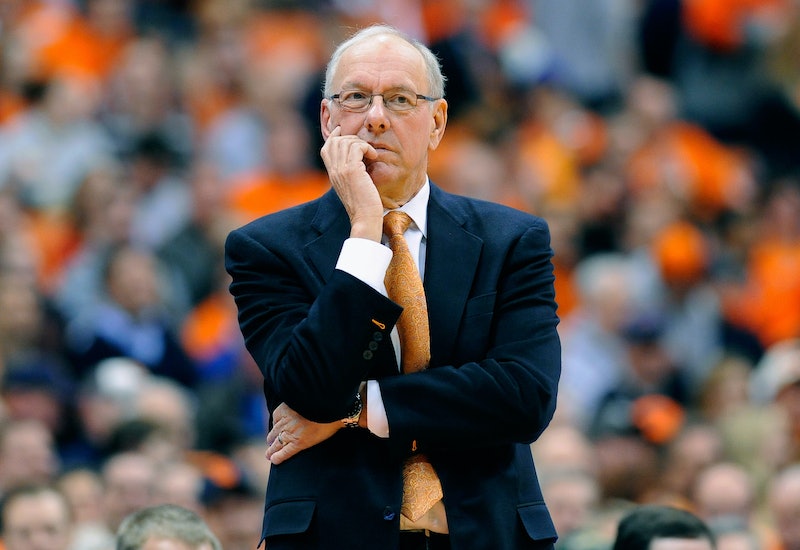 Having been born and raised in Syracuse, N.Y., I seize any chance to defend and represent my hometown. When I moved from the salt city to Ithaca, N.Y., to attend college, I didn't think that I'd have to convince my classmates, friends, professors, etc. that Syracuse is more than a massive mall and record-breaking snowfalls. Let me say, it's been a long four years.

There is something awesome about being from Syracuse that non-Syracusans just don't understand. Sure, you may have rooted for the Orange at the Carrier Dome while visiting your friend at SU, but that's just the tip of the iceberg. You really know you're from Syracuse when...

You get separation anxiety from Wegmans

Let's face it, Wegmans is by far one of the best grocery chains out there. It doesn't help when people don't understand why you get random cravings for gummis, sushi, or a chicken parm sub and can't immediately satisfy that hankering.

You may not know when winter is coming, but when it does, you're prepared

And while the snow continues to fall well into Spring, you're not phased by it

Now that it's March Madness, my emotions are on the line.

The Boeheims are famous around town, as is Jim's frequently televised nose-pick

Once in awhile you'll catch Juli at the hairdressers or incognito at Wegmans. And then you text everyone you know.

Nothing quite compares to the first day of 70 degree weather

And no other barbecue compares to Dinosaur BBQ

Everything else is child's play.

Also, all the food you have ever wanted is there. Gianelli sausage, baked potatoes, ice cream, fried everything ... shall I continue?

And that before the fair kicks off, there will be a festival happening every weekend prior

It's the only one in the world of it's kind and, spoiler alert, the correct answer is, "C: Irish."

Sometimes all you need is a Heid's hotdog. Or four. And fries.

Adam Richman of Man vs. Food approves of the Mixed Double (hot dog and coney in one bun).

Starting the day means a bagel and iced coffee from Bruegger's

You shudder at the words "It's gonna be huge!"

You can thank car salesman Billy Fuccillo for that one.