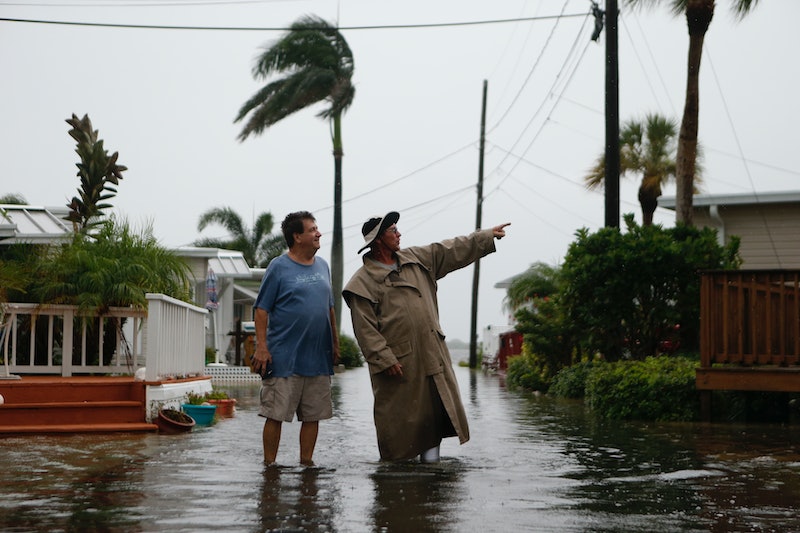 The Gulf Coast prepared for Tropical Storm Hermine as the storm picked up in strength leading into Thursday, Sept. 1. And by Thursday afternoon, the National Hurricane Center announced that Hermine had strengthened from a tropical storm to a hurricane, starting from Florida's Gulf Coast and heading toward the Northeast. As the storm heads north, will Hurricane Hermine hit New York?

It didn't take long before Hermine became a hurricane, making it the first to make landfall in Florida since 2005's Hurricane Wilma hit the state. By Thursday afternoon, Hermine had been upgraded to a Category 1 hurricane, which is the lowest ranking on the scale, but can still result in property damage and the development of other weather conditions, such as tornadoes and heavy flooding due to rainfall. Florida prepared ahead of the storm, with a state of emergency issued by Gov. Rick Scott urging Floridians to take the necessary precautions to protects themselves.

However, as Hermine makes its way from Florida to the Northeast, New York may be affected by hurricane-related weather over Labor Day weekend. New York was last hit by a hurricane in 2012, when Sandy devastated the city, causing $50 billion in damage and killing 71 people, making it "one of the deadliest and costliest natural disasters ever to hit the United States," according to The Nation. It added that 43 of the 71 deaths were in New York City, along with economic effects costing up to $19 billion.

Hermine won't likely cause the same amount of damage to New York as Sandy did. However, it's important to consider whether the Big Apple would be prepared in the event of another hurricane similar in scope. With winds as high as 80 mph, Hurricane Sandy destroyed homes and left millions of people without power. Sandy also resulted in massive flooding of tunnels and streets, and as many as 100 homes in Breezy Point, Queens were lost, according to New York Daily News.

Now, four years later, it's unclear whether New York would be prepared in the case of another devastating natural disaster. The Nation reported in 2015 that while New York has invested $20 billion in the protection of its coast from rising sea levels, the population of people living along the coast will only increase, as will the coastline and the frequency of major storms. "We know sea-level rise will be six feet by the end of the century. That’s an enormous amount; we need to be able to plan for it," veteran city planner Ron Shiffman told The Nation.

The extent of New York's Hermine experience will likely be some strong winds, rain, and rough water over the weekend, along with some sunny days as well. While New York won't likely face much damage from Hermine, it doesn't seem that the city is prepared to face another strong storm any time soon.