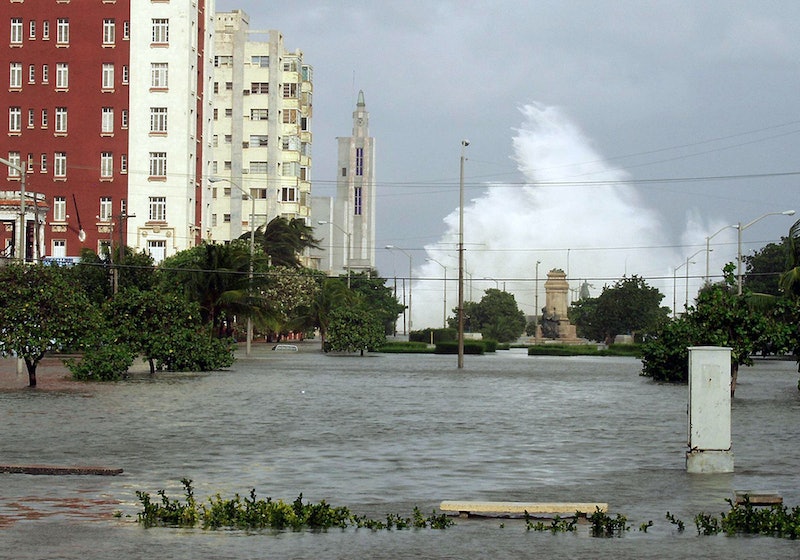 When Tropical Storm Hermine turned into Hurricane Hermine on Thursday afternoon, there was no doubt that residents of the Gulf Coast were thinking back to the last time a hurricane hit Florida. Although that was more than 10 years ago, residents likely remember the devastation that Hurricane Wilma caused, but that year was a very difficult year for the state all around.

On Oct. 24, 2005, after making its way through the Caribbean and Mexico, Hurricane Wilma hit, causing at least $21 billion worth of damage in the United States and leaving 23 people dead, five of whom were in Florida, according to the National Hurricane Center. The extensive devastation gives Wilma the ranking of fourth-most-damaging hurricane to hit the United States, behind only Hurricane Katrina, also in 2005, Hurricane Ike in 2008, and Hurricane Andrew in 1992.

Back in 2005, as the Weather Channel pointed out, things were very different in our country. George Bush was president, the Kardashians weren't very famous, and you didn't have a smartphone. But that summer and into the fall, Florida saw the same problem over and over again, as it was continuously battered by tropical storms and hurricanes. Tropical Storm Arlene, Hurricane Cindy, Hurricane Dennis, Hurricane Katrina, Hurricane Ophelia, Hurricane Rita, and Tropical Storm Tammy all hit the state before Wilma arrived.

The year was bad for more than just Florida. As USA Today reported last year, 2005 saw a record-breaking 28 named storms — including Katrina — which caused thousands of deaths. There were 15 hurricanes, and six hit the United States, setting new records in the process.

Residents of the Gulf Coast are, of course, preparing for Hurricane Hermine to hit, but surely hoping they don't see a repeat of 2005. That year's storms, though, started back in June. Since it's already September, it seems possible that 2016 won't see the same devastation.