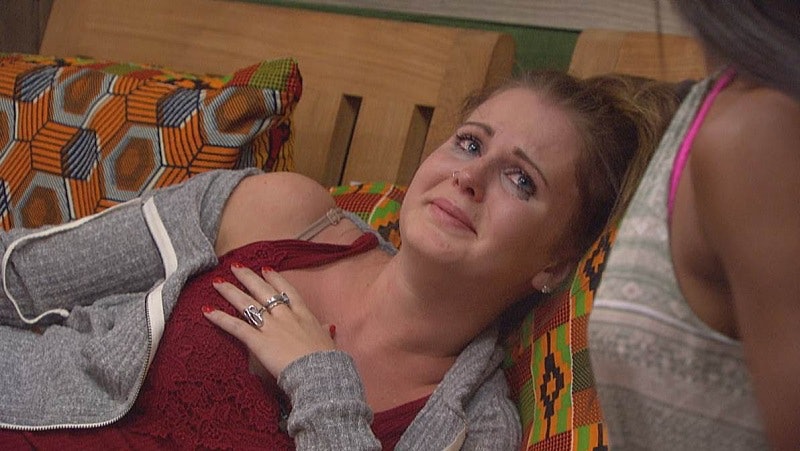 Spoilers for the Sept. 1 episode of Big Brother ahead. This week on Big Brother 18, Michelle and Paul were both on the block going into eviction night, and with Nicole keeping up alliances with both Paul/Victor and James/Natalie, no one really knew what was going on in the house. James and Natalie believed Paul was the target, but Victor and Paul thought the real plan was to get out Michelle. In the end, with Corey and Victor voting to evict Michelle and James and Natalie voting to evict Paul from Big Brother, it was down to Head of Household Nicole to be the tie breaker. Ultimately, Michelle was evicted from Big Brother 18 and yelled something pretty random about Dan Gheesling on her way out, which Gheesling claims to Bustle wasn't actually true.

Michelle's departure wasn't exactly a surprise — her feud with Nicole has been brewing for weeks, and her days were numbered. As is her way, Big Meech did not go out without a fight, or, at least, a few truth bombs. On her way out, Michelle warned her fellow houseguests to go after either Paul, Victor, or Nicole next. As she grabbed her duffle bag and gave her goodbye hugs, Michelle accused Nicole of "floating her way to final two" and claimed that Victor and Paul were the unstoppable duo. (To be fair, she wasn't wrong.) But the most random thing Michelle yelled out as she left was that Dan Gheesling is her cousin-in-law. However, Gheesling claims in a statement to Bustle that she may have been just saying that as one last way to mess with the houseguests.

Gheesling, who won Season 10 of Big Brother, was the runner-up of Season 14, and can currently be found on YouTube, where he runs a gaming channel, says, "I can appreciate Michelle's creativity for trying to mess with the houseguests on her way out - but we are not related. I'm going be at PAX on the West Coast this weekend (for my YouTube channel) so I'm thinking about swinging by the jury house to meet my 'new' cousin."

If that meeting ever does happen, I hope we get to see it on TV. But no matter what, Michelle's goodbye ensures that Big Brother fans won't forget her while she's in the jury house.