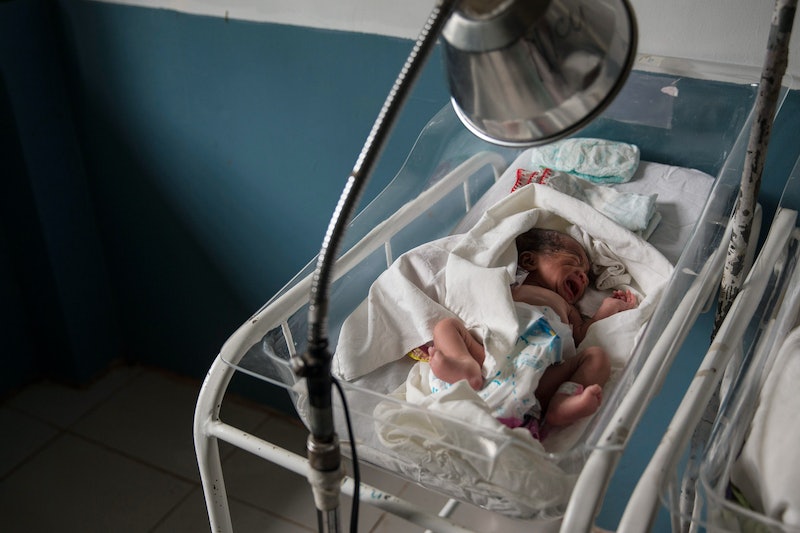 A new study from the University of Chicago has found an apparent link between environmental pollution and autism, through analysis of a massive pool of about 100 million American medical records. The hypothesized link between pollution, toxins and autism has often been discussed in recent years, thanks to the rising rates of autism in young children and a slew of small studies suggesting a link. At present, CDC statistics state that about one out of every 86 American children is autistic.

The Chicago study hinges on a known correlation between exposure to pollutants, like pesticides, and the incidence of genital malformation in young males. The presence of genital malformation in a newborn boy is itself correlated to a much higher likelihood of that boy being autistic, leading researchers to suspect — and investigate — whether the two conditions could share a mutual culprit.

The results, published Friday in PLOS Computational Biology, are jarring. Researchers discovered that, on a county-by-county basis, a one percent increase in genital malformation was met with a 283 percent rise in incidences of autism, and a 94 percent rise in other intellectual disabilities. As explained in a press release from the University:

Male fetuses are particularly sensitive to toxins such as environmental lead, sex hormone analogs, medications and other synthetic molecules. Parental exposure to these toxins is thought explain a large portion of congenital reproductive malformations, such as micropenis, hypospadias (urethra on underside of the penis), undescended testicles and others.

Still, it's important to ease the foot off the gas pedal a bit, here — one of science's most admirable principles is that theories and links aren't paraded around as fact until they're proven. Correlation isn't causation, and on a topic like the increasing prevalence of autism, there's a real necessity for humane and good-faith discourse. A gaping lack of those things is how some got the idea that vaccines cause autism, a link now widely discredited by the scientific community.

It's an intensely emotional question for parents, and the desire for immediate answers can be a dangerous one. It was through a now-thoroughly debunked 1998 study that many parents became convinced not to vaccinate their children, a calamitous conspiracy theory that endangers the health of young and old alike.

The team responsible for the findings believes future studies could be aided by parsing data from the EPA, to help determine and single out specific environmental factors. Several studies have referenced a link between air pollution and autism in the past, but this is the biggest study to find such a correlation.

This week, another study found that the traffic pollution could actually change the structure of your heart. We'll be in the countryside if you need us.

More like this
The Families Of Grenfell Tower Are Still Waiting For Justice, Five Years On
By Bustle UK
The Most Powerful Photos From The Weekend’s Abortion Rights Protests
By Melanie Mignucci
The UK Abortion Laws In 2022, Explained
By Sophie McEvoy
Plan C Vs. Plan B: What's The Difference?
By Lexi Inks
Get Even More From Bustle — Sign Up For The Newsletter