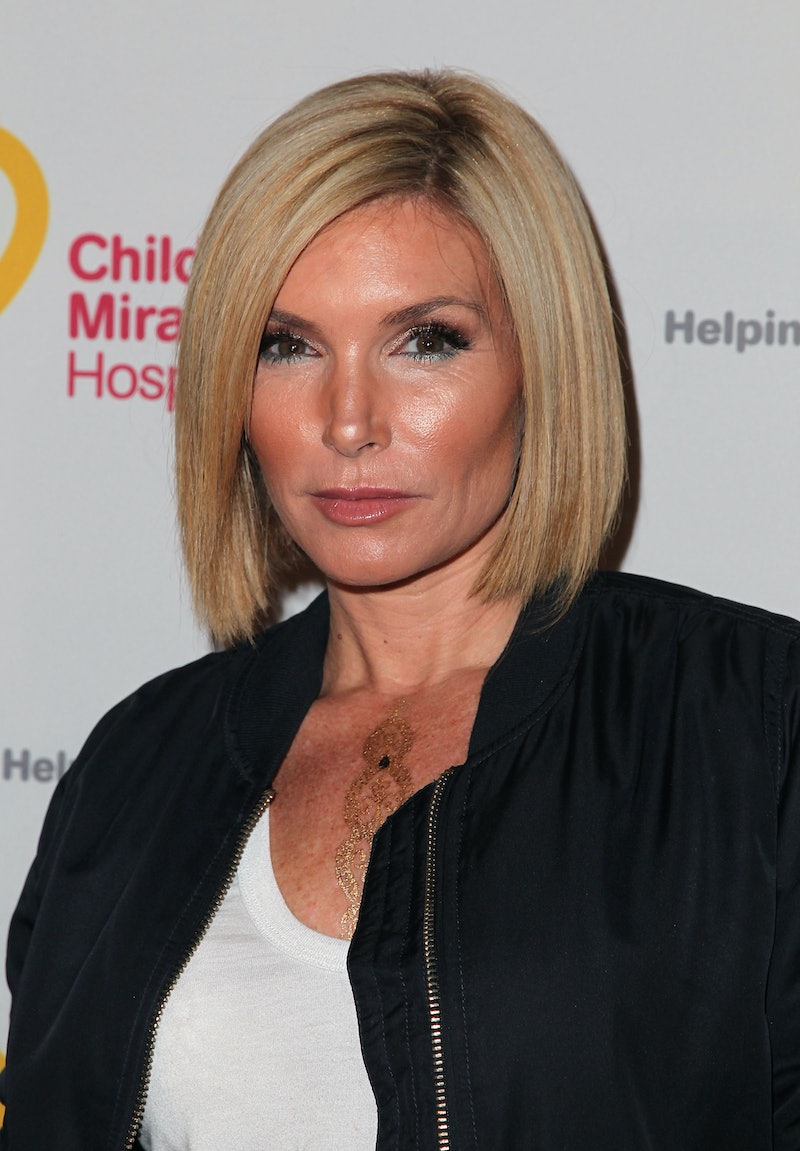 There have been rumors for some time now that Eden Sassoon would be joining Real Housewives of Beverly Hills Season 7 as either a full-time Housewife or as a Friend of the Housewives, and some confirmation finally came on Friday when Sassoon revealed she will be part of RHOBH . However, she wouldn't give up any details regarding the capacity fans will see her during the new episodes. As she told E! News, "I can confirm that I've been filming." She then added, "I'm not telling you if I'm a Housewife or a friend yet, but it's been a blast so far." Upon joining the hit Bravo reality series, the 43-year-old quickly realized what she was getting into. "I thought I was a badass b*tch, but this is going to be a tough crowd to keep up with," she told E! "Don't worry though, I got this!" So now that the casting news is official, let's discuss just who Eden Sassoon is.

You probably recognize her last name, as you should. She is the daughter of the late Vidal Sassoon, who you know as the man behind the haircare line of the same name. Like her father, she is keeping her father's legacy alive with her very own salon, EDEN by Eden Sassoon, which is located in West Hollywood, Calif. and offers hair, nail, and makeup services. In addition to owning that business, Sassoon also runs two pilates studios, EDEN by Eden Sassoon Pilates, in Los Angeles and Beverly Hills.

When she isn't being a badass business owner, Sassoon shows her philanthropic side through Beauty Gives Back. The nonprofit organization focuses on uniting "the professional beauty industry in the fight against the global water crisis," according to its website. She has built a team of hairdressers in the fight to raise funds for The Thirst Project, which is working to end the global water crisis.

As for her personal life, Sassoon is a single mom of two. Based on her Instagram, she loves her kids dearly and even though she is divorced, she makes sure her kids remain close with their father. I'll just let the following photo do the explaining:

It's clear that she doesn't hide who she is, including how she lives a sober life. While talking with Focus magazine in 2014, Sassoon opened up about her sobriety and revealed she had been over one year sober, which today would be over three years. That's a huge accomplishment. "And the addiction’s been lifted," she noted. "But it’s the work and the truth and the honesty that I put into my life — but I always have. You’re not really truthful if you’re still, you know, kind of masking an addiction… so I think sobriety is a big thing. I think without that, for me at least, things don't evolve as planned."

Based on the above, it sure seems like Sassoon is going to be a great addition to the RHOBH cast and will absolutely be able to keep up with all of the other Housewives.