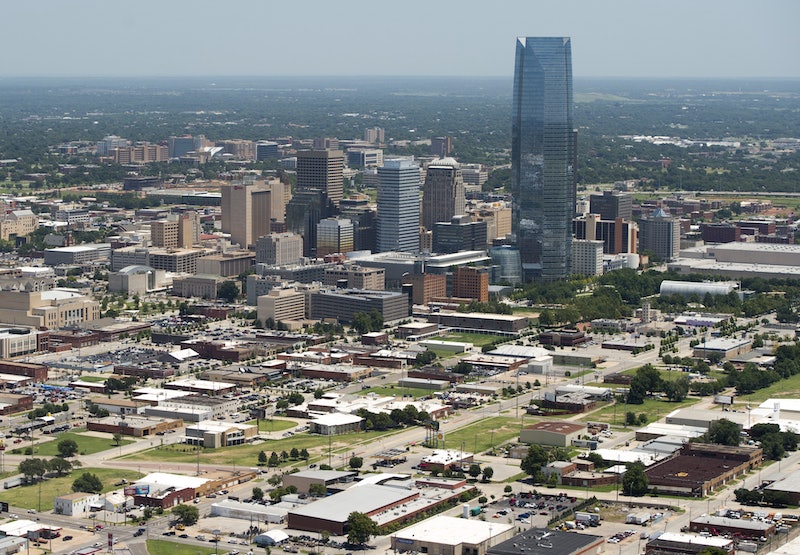 As East Coast residents prepare for the arrival of Tropical Storm Hermine, Oklahomans and Texans experienced another natural shock early Saturday morning: A 5.6 magnitude earthquake struck Texas and Oklahoma on September 3, according to the U.S. Geological Survey. The epicenter was near Pawnee, Oklahoma, north of Oklahoma City and near the Oklahoma-Kansas border. The powerful quake could be felt in several other states in the Midwest, including Nebraska.

On the U.S. Geological Survey website, people reported feeling the earthquake as far north as Omaha, Nebraska. There were also numerous responses from Lincoln, Nebraska; Wichita, Kansas; and several of Texas' major cities, including Dallas and Austin.

No injuries have been reported as a result of the earthquake, but there has been damage in parts of Oklahoma, specifically Northern Oklahoma. In Pawnee, where the epicenter was located, buildings and roads were damaged significantly. Fox 23 News reported that Pawnee emergency management officials were surveying the structural damage, and that a section of the town's Main Street had to close. Photos sent to the news station show stores with aisles littered with fallen items. Other towns in Northern Oklahoma, including Stillwater, have already reported damage.

Oklahoma Gov. Mary Fallin tweeted on Saturday that member of the Department of Emergency Management were sent to Pawnee to assess the damage to structures, bridges and roads in the area. She added in a tweet that state engineers were requested.

The 5.6 magnitude earthquake struck the middle of oil country, which could be a problem. Fallin tweeted that the wells in the area will be checked for possible damage.