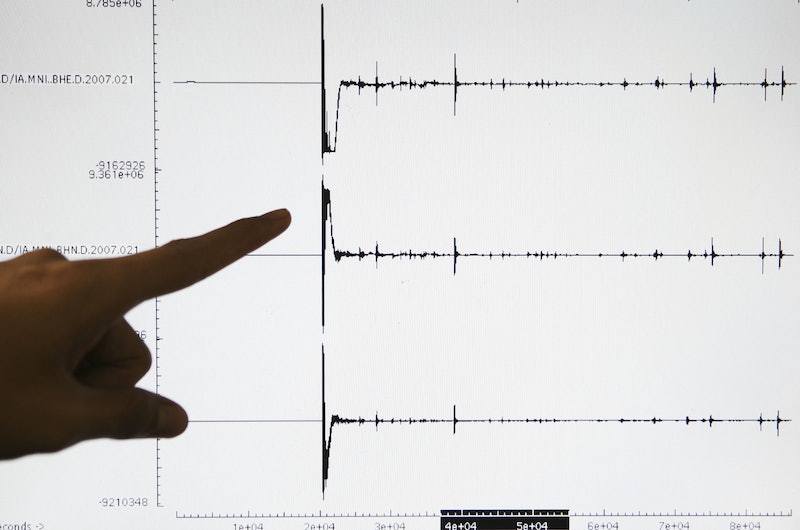 A 5.6 magnitude earthquake centered roughly 9 miles northwest of Pawnee, Oklahoma, shook residents from Nebraska to Texas out of their beds early Saturday morning. As residents in states rocked by the quake's tremors assess how Saturday's quake affected their homes, businesses, and towns, reports of damage and injuries caused by the Oklahoma earthquake have begun to trickle in. Although tremors were felt in at least seven states, most of the damage caused by Saturday's quake has so far been reported in towns near the epicenter. While not extensive, structural damages were reported throughout the town of Pawnee and at least one person has been reported injured in the quake.

While crews from the Oklahoma Department of Transportation were still assessing bridges in the Pawnee area for possible damage, Tom Briggs, manager of the Pawnee, Oklahoma Chamber of Commerce, told CNN no major damage from the quake had so far been detected in the town. At least one of Pawnee's historical buildings — the town dates back to the late 1800s — suffered some damage, although to what extent was still unclear, the cable news network reported city officials said. "It's an old historical building about 100 years old. It's still standing but some of the outer layers of sandstone fell," Pawnee Mayor Brad Sewell reportedly told CNN. "It could be cosmetic damage, we don't know yet."

Pawnee County Emergency Management reported there had been only minor to moderate damage to buildings in Pawnee on their official Facebook page Saturday afternoon. "Three buildings with moderate damage and several others [with] minor damage have b een cordoned off until a structural engineer can determine whether or not they are safe," they wrote.

Although Pawnee officials initially said there had been no reported injuries, Amy Slanchik of local newscaster News On 6 reported a 40-year-old man had been hospitalized for head injuries sustained during the quake. Pawnee Sheriff Mike Waters told Slanchik the man had reportedly been shielding a child from falling chimney bricks and was later released from the hospital after being treated.

Minor damage to buildings in a few towns outside of Pawnee was reported by residents on Twitter. In Stillwater, Oklahoma, a resident shared a photo of a sizable crack in the brick siding of a building's exterior wall. In Chickasha, a town more than 100 miles away from Pawnee, residents reported the earthquake had knocked some items off the shelves in a local grocery store.

Although tremors from Saturday's powerful 5.6 magnitude earthquake in Pawnee were felt in six other states, damage appears to have been minimal. However, Oklahoma Gov. Mary Fallin requested structural engineers assess building safety throughout the state in the aftermath of the quake to ensure any required repairs could be made.