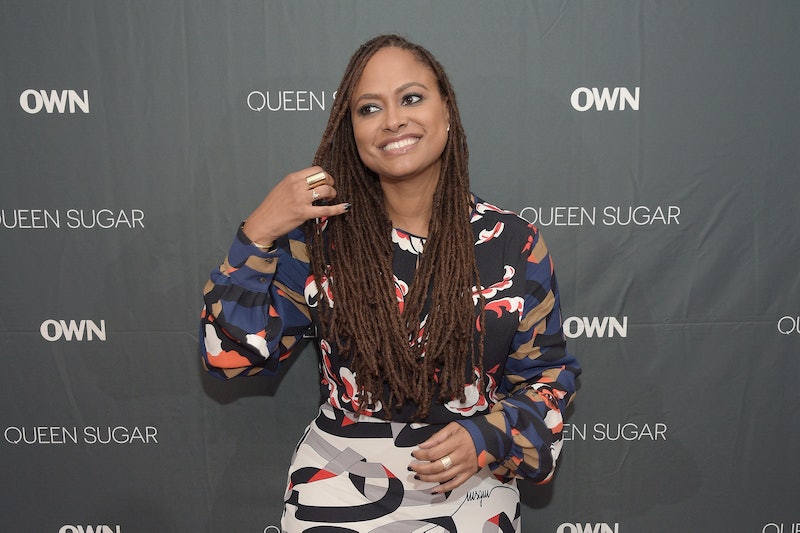 The cast and premise of OWN Network's latest original series are exciting enough, but the fact Ava DuVernay directs Queen Sugar really takes it up a notch, as she's the perfect fit for the project. DuVernay has worked with Oprah Winfrey before, who is executive producing the series and both produced and acted in Selma, which is definitely DuVernay's biggest project to date. But right now, it's all about Queen Sugar, and the first reason that she's a perfect fit is obvious: she decided to work on the project.

When Marvel announced it was producing a Black Panther solo film, there were reports that DuVernay was under consideration to direct it and she told Essence that while she did meet with Marvel executives, she did not sign on because "In the end, it comes down to story and perspective. And we just didn't see eye to eye." That's proof that the director only works on stories she's passionate about, which is an excellent endorsement for Queen Sugar.

If you need more evidence as to why DuVernay is the perfect fit for this series, look no further than the its trailer (below), which highlights the show's beautiful visuals. Her past projects also show that she loves interesting landscapes, so she should have an amazing take on Queen Sugar's Louisiana setting. Even though Selma mostly took place indoors, in rooms where the Civil Rights Movement took shape, DuVernay managed to infuse beauty into the harsh concrete exteriors where marches and protests happened. Her previous films, Middle of Nowhere and I Will Follow, which took place in Southern California, also mined beauty from their industrial settings. So just imagine what she can do with the expansive fields of the American South.

Another reason DuVernay is an excellent choice for Queen Sugar is her commitment to female-led and female-driven projects. And beyond that, DuVernay seems well-equipped to handle this story because as a black woman, she can use her own experiences to show this story through the eyes of the three black protagonists. Even the Apple Music commercial she directed starring Mary J. Blige, Taraji P. Henson, and Kerry Washington had an air of celebrating black women, and Queen Sugar's female-lead cast should bring her another opportunity to do just that. This show won't have a token female character or a token black character, just many well-drawn, complex characters.

DuVernay's career so far has been curated to only consist of projects that she really cares about and considering how great all of those turned out, I can't wait to see how her direction enhances Queen Sugar.

More like this
At 28, Rosie Perez Risked Her Career To Stop Playing Stereotypes
By Gabrielle Bondi
Here’s Everything Coming To & Leaving Netflix In February
By Jake Viswanath
Adam Ali Hopes 'Waterloo Road' Will “Subvert” Queer Misconceptions
By Sam Ramsden
Who Is Allison Williams Dating After Her Divorce? She’s Engaged With A Child
By Jake Viswanath
Get Even More From Bustle — Sign Up For The Newsletter
From hair trends to relationship advice, our daily newsletter has everything you need to sound like a person who’s on TikTok, even if you aren’t.