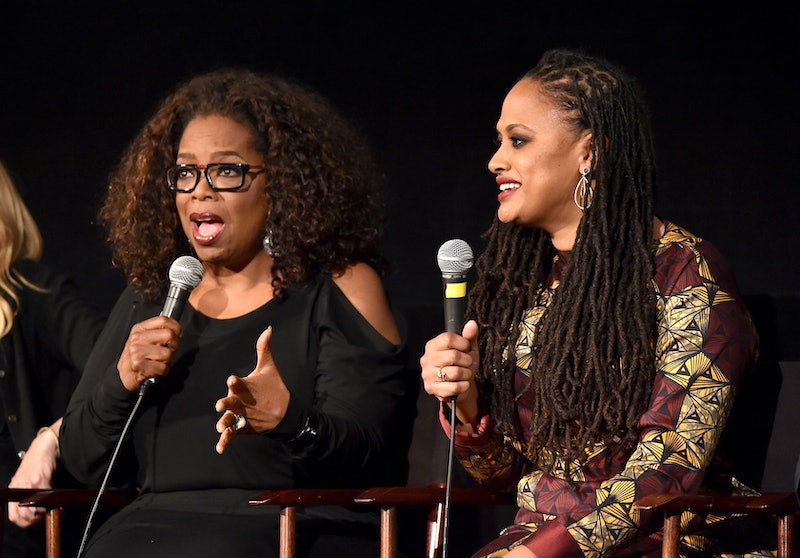 The powers behind the Oscar-nominated film Selma , Oprah Winfrey and Ava DuVernay, are teaming up for an original series on OWN, Variety has reported. DuVernay — who was snubbed from an Oscar nomination for Best Director — is set to write, direct, and executive produce the drama, while Winfrey is set to star in a recurring role. The drama will be a TV adaption of the novel Queen Sugar by Natalie Baszile.

Queen Sugar is about a recently widowed woman who moves to Louisiana with her 11 year old daughter after inheriting an 800-acre plantation. She is far removed from her roots — moving all the way from the West Coast — and finds herself essentially starting from scratch with the plantation and her new life with her daughter. Winfrey has said of the book, "I loved this book and immediately saw it as a series for OWN. The story’s themes of reinventing your life, parenting alone, family connections and conflicts, and building new relationships are what I believe will connect our viewers to this show."

DuVernay shares the same enthusiasm for the project, reportedly saying, "To bring this kind of storytelling to life alongside Oprah for her network is wildly wonderful. I’m excited about what’s in store." The development of this TV series will be DuVernay's first experience in the world of television, which she will no doubt OWN (pun fully intended).

Production for the show is set to begin later this year.