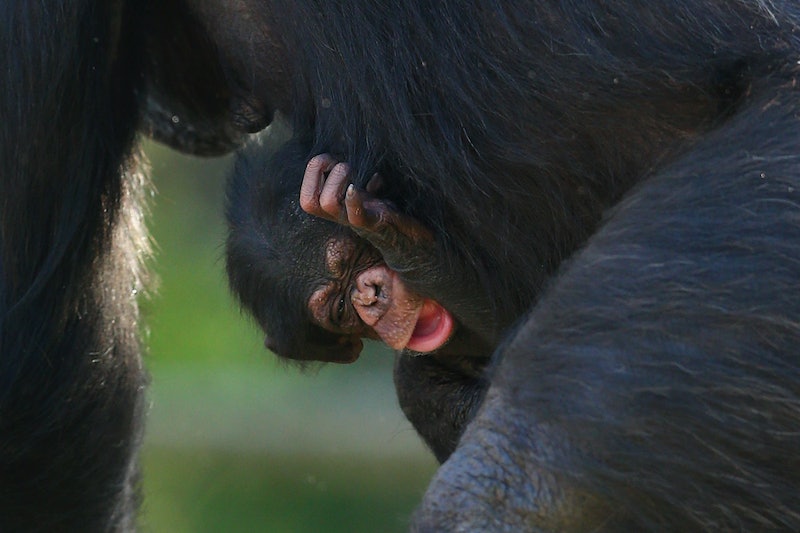 So you’re at a party, and someone says something ignorant. And while you know that they’re in the wrong, and that you could totally engage them and win if you were a bit more prepared, your words escape you. To make sure that doesn’t happen, we’ve compiled a series of handy reference guides with the most common arguments — and your counter-arguments — for all of the hot-button issues of the day. This week’s topic: How to argue for evolution.

Your Response: The Bible says that people are forbidden from getting rounded haircuts (Leviticus 19:27) or eating shellfish (Leviticus 10:11, Deuteronomy 14:9). Let’s not even get started on slavery and human sacrifice.

Your Response: First, less than a quarter of the scientists who signed that statement work in biology, which is the field most pertinent to evolutionary theory. Second, plenty of them freely admitted in subsequent interviews that their doubts stemmed from personal religious beliefs, not scientific evidence that refutes evolution.

Common Argument #3: But Darwin himself doubted evolution. Haven’t you read what he wrote about the human eye?

Your Response: You’re probably referring to this:

To suppose that the eye, with all its inimitable contrivances for adjusting the focus to different distances, for admitting different amounts of light, and for the correction of spherical and chromatic aberration, could have been formed by natural selection, seems, I freely confess, absurd in the highest possible degree.

You probably should read the rest of the quote:

Darwin’s point was that while certain conclusions that evolution supports may appear absurd at first glance, the individual steps that lead to those conclusions are perfectly plausible. And, thus, so are the conclusions.

Common Argument #4: If human beings evolved from monkeys, how come there are still monkeys?

Your Response: First, let’s get one thing out of the way: Human beings did not evolve from monkeys. Human beings and monkeys evolved separately from one common ancestor. To characterize this as “human beings evolving from monkeys” is sort of like saying that my younger sister evolved from me.

Secondly, even if human beings did evolve from monkeys, that wouldn’t disprove evolution, because evolution doesn’t assert that a species goes extinct after evolving into another species. Sometimes this happens, but other times, a species simply splinters into two, and each species possess characteristics necessary to survive in different habitats.

Evolution isn’t a “progression” toward some “ideal” or “perfect” species. Different species evolve different traits for different purposes, and those purposes aren’t “better” or “worse” than another.

Your Response: Well, “evolution” comprises numerous different processes that often take centuries to transpire, and those are, by definition, impossible to observe given the lifespan of humans. But speciation — that is, the instance of new species arising as a result of evolution — has indeed been observed. Here’s a list of plant speciations that scientists have witnessed.

Common Argument #6: Like creationism, evolution is just a theory.

Your Response: No, evolution is not a “theory” in the way that creationism is a theory. A scientific theory, according to the National Academy of Sciences, is “a well-substantiated explanation of some aspect of the natural world that can incorporate facts, laws, inferences and tested hypotheses.” In this sense, evolution and creationism are completely different.

Here are just a couple of the facts, laws, inferences, and tested hypotheses that support evolution:

Creationism, to the extent that it’s supported by any evidence at all, is supported solely by the Book of Genesis in the Bible.

Common Argument #7: Evolution is incompatible with the existence of God, which is why I don't believe in it.

Your Response: Not necessarily. The notion of a deistic God — that is, a deity that created the universe but isn’t involved in managing or running it — doesn’t conflict with evolution. The Catholic Church, which generally holds God in pretty high regard, has officially accepted evolution as truth since around 1950. More recently, Pope Benedict proclaimed that the conflict between creationism and evolution was “absurd,” because “there are so many scientific proofs in favor of evolution.”

More like this
Zendaya's Hair Evolution, From Bobs To Box Braids
By Paris Giles
The Most Common Traits Of A Taurus-Gemini Cusp
By Nina Kahn
10 Times Diana & Meghan Spoke Similarly On The Royal Family
By Sophie McEvoy
How The City Healed Five Years On From The Manchester Arena Attack
By Ella Glover
Get Even More From Bustle — Sign Up For The Newsletter