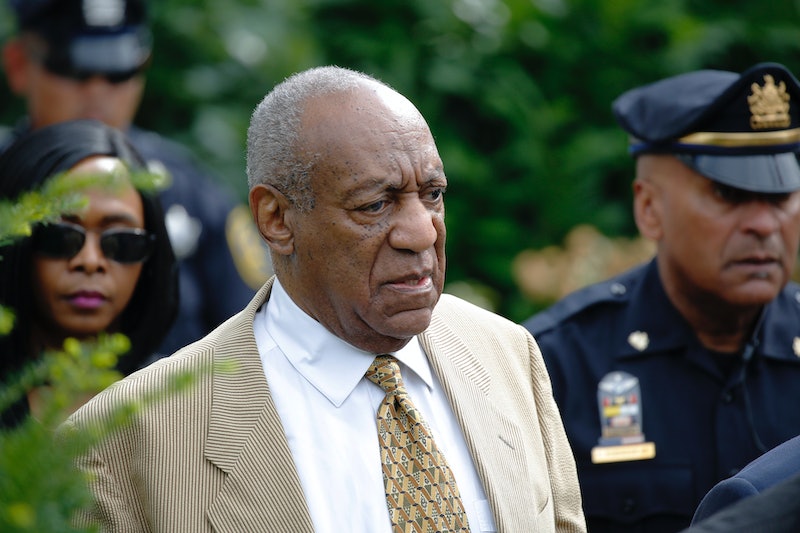 Some 40 women have now come forward alleging that Bill Cosby sexually assaulted them, most saying that he used drugs to do so, though he has denied it. Their allegations span the last 40 years, as far back as the mid-1960s (eight women accused him in that decade alone, according to a timeline by The Los Angeles Times). The accusations that led to the felony sexual assault charges now being tried have taken time to make it through the criminal justice system. The assault in question in the new trial allegedly occurred in 2004, so what took so long for Bill Cosby to be tried?

There seems to be one main reason: Everyone, from police to prosecutors to the media, looked the other away. Until 2000, there were no cases that were brought to law enforcement, though there were two interviews with some of his accusers that were not published. Joan Tarshis, who accused Cosby of drugging and sexually assaulting her, gave an interview to a freelance reporter in 1980, but he didn't run it. She didn't speak with police, explaining to The Washington Post, "Who was going to believe me? If he was a regular joe, I might have done something." Cosby's lawyers have denied the charges.

There was another interview conducted in 1996 as part of a piece that looked into the lives of Playboy models. Playmate Victoria Valentino accused Cosby of assault — again, his lawyers have denied it. The interview was not released at the time, according to The Washington Post.

Only in 2000 did an accuser finally go to law enforcement. Lachele Covington, then 20, told authorities that Cosby had assaulted her, filing a police report four days after the alleged incident. Prosecutors then told her that there was not enough evidence to prosecute, and Cosby's name was redacted from the report because of his celebrity status.

It was only in the case that is now before the court that Cosby began to be held accountable — and that didn't begin with the criminal justice system, but rather a comedian. When Andrea Constand went to the police in 2004 about an alleged assault, which took place a year earlier, the prosecutors claimed there wasn't enough evidence. Then-District-Attorney Bruce Castor explained why to The Daily Mail:

The lady who was allegedly attacked waited a year before she reported it. As a result of that delay, any possible corroborating physical evidence was unavailable to us. We couldn't test for hairs, fibers, DNA and drugs in her system that might match those at Mr Cosby's house. We didn't have any corroborative evidence.

Faced with that outcome, Constand sued Cosby in civil court, and they settled in 2006. At the time, there was an article in People that covered the suit, and even interviewed other accusers, but it never picked up much traction. That changed in 2014, when comedian Hannibal Buress made a joke about Cosby and rape that was captured on video and shared online. "'Pull your pants up, black people. I was on TV in the '80s,'" Burress said as he mockingly imitated Cosby.

Conventional media may not have picked up on the story in 2006, but the joke went viral quickly. And more media outlets began to report on the story. District Attorney Castor lost his reelection bid after his decision not to prosecute Cosby became controversial. The Associated Press then sued to get Cosby's deposition from the 2005 civil case unsealed, and they won. That in turn became all the evidence the new district attorney needed to prosecute.

Now it's a big part of the pretrial hearing. These next days should decide whether that testimony from 2005 can be used as evidence in this new trial. Cosby's lawyers claimed that he was promised he wouldn't be charged, and that's why he felt free to speak in the deposition. After Tuesday's hearing, much more about the trial will become clear.