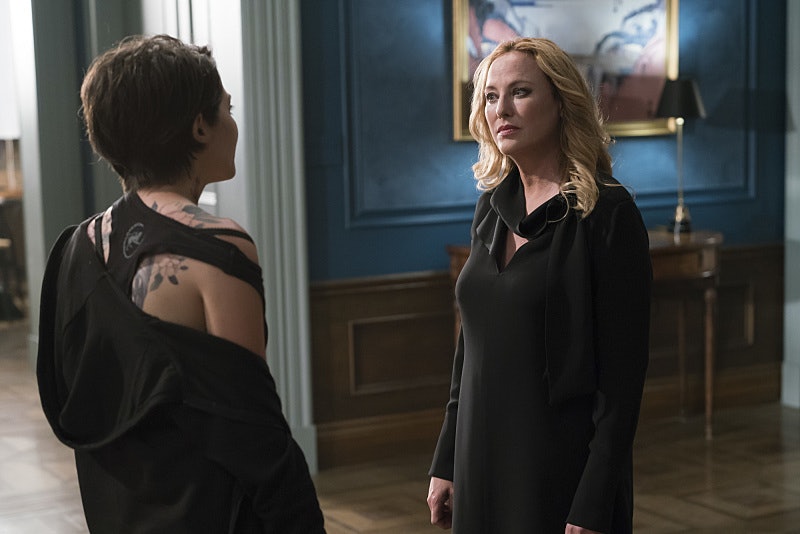 Here's the problem with falling in love with a really great show — you're constantly dreading the end of any given season. Not just because you hate the thought of going without it for any extended period of time, but also because you fear that the network may not share in your enthusiastic adoration and decide to cancel said show forever. I've seen it happen with Agent Carter, Happy Endings, and Hannibal — just to name a few, so you can understand how anxious I am to see CBS' American Gothic get renewed for Season 2.

Thus far the network has yet to make an official announcement of the show's Season 2 pickup, which is always a nerve-racking experience. However, series showrunner Corinne Brinkerhoff spoke with The Wrap earlier this summer and explained that she's always envisioned for the show to continue on into multiple seasons. "When I pitched it, it was that the first five or six seasons would be the same general idea, but each season would be a different family, different setting, different mystery," Brinkerhoff revealed. "So it will explore similar themes and be very character-based." And if that's how CBS was originally pitched the idea, then odds are in plans on having it stick around for a while in order to carry out Brinkerhoff's vision. So, from here, the outlook seems pretty good for the show's fate.

However, it will probably still be awhile before the show returns, which means fans will be needing a new TV obsession to help fill the void American Gothic will leave behind. And I just so happen to have a few suggestions in mind...

Waking up to find out that the woman you were partying with the night before is dead and you're charged with her murder is never fun (I imagine). But it does make for one heck of a mystery that will keep you on the edge of your seat from start to finish.

How far will you go to carry out God's work? That's the question Jesse Custer is plagued with after a supernatural entity comes to town and changes his life forever. No amount of Hail Mary's will be able to save you from getting addicted to this truly unique series.

This is the ultimate mystery series that will truly put your skills of deduction to the test. Plus, it's Benedict Cumberbatch and Martin Freeman. What could be better?

There's no better way to quench your serial killer thirst than watching a show about a serial killer who kills serial killers. Trust me, you won't be sorry you became acquainted with Dexter Morgan.

Because, honestly, there's no excuse not to be watching this show. Get on it or henceforth be banished to the Upside Down.

More like this
'Ghost In The Shell: SAC_2045' Was Only Supposed To Last Two Seasons
By Kadin Burnett
'Who Killed Sara?' Won’t Return For Season 4
By Brad Witter
The Grey's Anatomy Season 18 Finale Finally Revealed If Japril Got Back Together
By Brad Witter
Two Iconic ‘00s Doctor Who Stars Are Returning To The Series
By Shahed Ezaydi
Get Even More From Bustle — Sign Up For The Newsletter