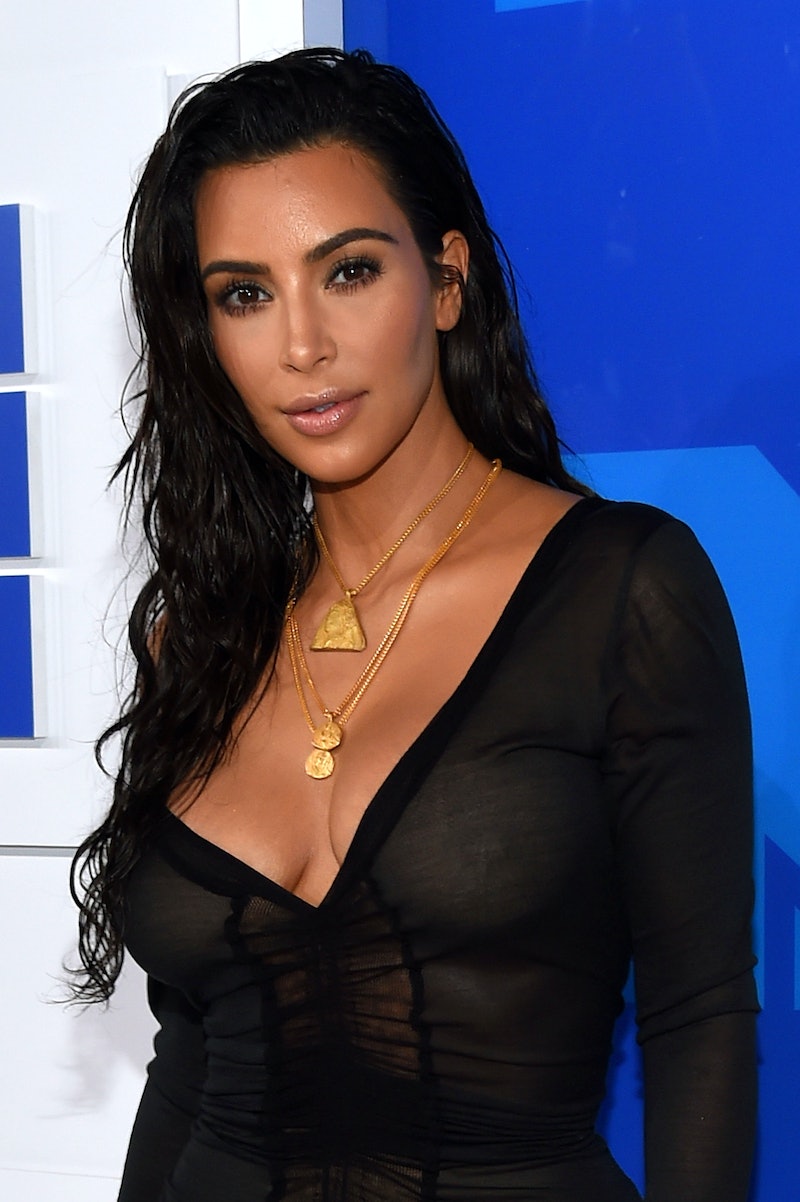 When Keeping Up With The Kardashians premiered in 2007, Kim Kardashian was only 26, and since then, we've seen her grow up so much on screen. Between then and now, she's had two marriages, two babies, and has become one of the most successful women in the world — and I have a feeling she's just getting started. But the Kardashian I know and love today is so different from the girl we were first introduced to on the show, and there is plenty of evidence of that documented forever, thanks to reality TV. Kardashian has changed so much since Season 1 of KUWTK that by now, she's practically a different person.

Of course, anyone would change a lot in nine years, and celebrities are no exception, especially not this one. She has grown up so much since then, which is pretty obvious after re-watching the earliest season of the show. And no offense to the Kardashian of KUWTK's earlier days or anything, but the past few years seem to have been a golden era for her. Her app game, welcoming North and Saint, Kimoji? I wouldn't trade 2016 Kardashian, but it's fun to look back and see how she compares to who she was before her fame truly blew up.

1. Her Style Was More Down To Earth

In the series premiere, Kardashian wore a sweater, leggings, flip flops, and one of those really huge belts we all once fell victim to in the early 2000s — an ensemble she wouldn't be caught dead in these days. In fact, this version of her probably had no idea what Balmain even was.

2. She Was Pumped To Be Invited To The Tyra Banks Show

When Kardashian found out that her mom arranged for her to appear on Banks' talk show, she looked like all her dreams had just come true. Now, I'm pretty sure she's more famous than Banks. Sorry, girl. I loved you in Life Size.

3. She Actually Worked At DASH

If she was still checking customers out at her boutique in 2016, nobody would ever be able to get in.

Before Kardashian went on The Tyra Banks Show, she was freaking out. Today, she probably wouldn't even bat an eye when it comes to talk shows. Now, she's a professional, but back then, she was new to the spotlight.

5. She Traveled Without Jonathan Cheban

Back then, she and Brittny Gastineau were inseparable... and watching KUWTK is crazy weird.

6. She Hoped She'd Be Remembered For More Than Just Her Sex Tape

I'd say she definitely accomplished that goal. Sure, people still talk about it, but there are a million other things Kardashian has done that are far more important and interesting.

7. She Was Even More Dramatic Than She Is Now

In one scene in the first season, Kardashian lost her mind when she found a spider on her sweater. She definitely still has her freak outs, but not like she did when she was younger.

Although that could have had more to do with the fact that front facing cameras weren't a thing back then.

9. She Was Really Shy About Sharing Her Booty With The World

During a shoot for a bikini line, Kardashian was super self conscious about the cameras capturing her booty in all its glory. These days, she's all about feeling confident in her body and is known for blowing up the internet when she shares a nude photo anytime she feels like it.

10. She Refused To Do Nude Photos

When Kardashian was approached with the opportunity to pose for Playboy, she wanted part of the deal to be that she didn't have to take off her clothes. These days, Kardashian is far more confident about posing nude — and seems more confident in general.

11. She Was Super Involved In Rob's Love Life

Even to the point of trying to hook him up with a Playboy playmate... and then spy on his date. Now that he's with Blac Chyna, Kardashian's philosophy is way more hands off.

It's crazy to look back and see how different Kardashian was then, but one thing has always remained the same: She's always loved her family (oh, and she's always been a little bossy). Next time you're looking for something to marathon, watch KUWTK Season 1. It's so hilariously 2007 that you will not regret it!