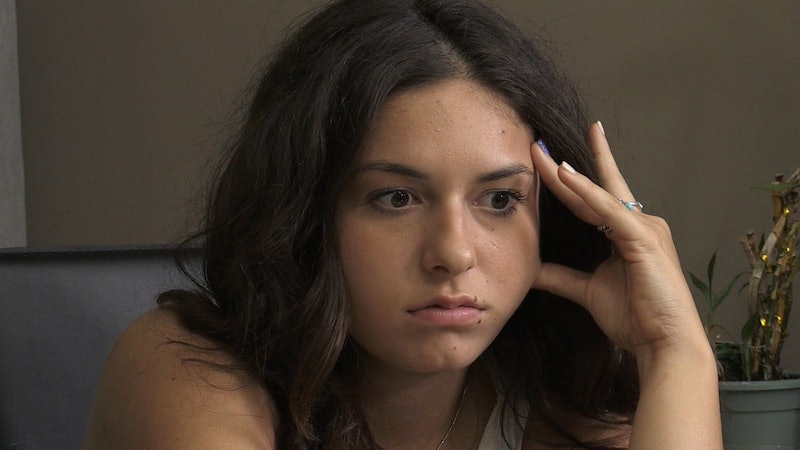 Catfish Season 5 has already had some crazy episodes, so it's due for a more traditional story. Of course, even a traditional story is bound to have at least a few surprises by the end of the hour, so what will happen when Catherine and Graham appear on Catfish to be investigated by Nev and Max? Probably some kind of deep web of interlocking identities that should be no problem for the team to unravel. This is the type of thing that the Catfish hosts should be able to do in their sleep, so if anything manages to surprise them, it should count for double. Catfish can't just get away with your typical schemes these days — they're expected to have some kind of twist. Hopefully, this couple is willing to oblige and has something you wouldn't naturally expect in store.

Right off the bat, Graham is slippery and hard to pin down. According to the episode preview, Catherine met him on Instagram, where they then started to form a relationship. While they met on one social media site, according to Catherine, Graham was never involved with Facebook, which probably came as a surprise to her, given that many young people have an account on the site, even if it's defunct or rarely updated — where else would you wish your aunt a happy birthday? But when Nev starts doing his research on Graham, it seems that an account pops up under Graham's name, matches the pictures Catherine saw on Instagram, and appears to be real.

That's Graham, but what do we know about Catherine? She's from Long Island, and greets Nev and Max with some pasta and pizza, getting things off to a great start. And like the subject of last week, Andrea, Catherine is extremely expressive, so I look forward to seeing her shock when the truth is finally revealed about Graham. Hopefully, she's not too scarred from the experience. She did recently post on Twitter about having affection for Southern accents... so maybe her brush with Graham (who is possibly from Nashville) won't turn out to be so bad.

Post-Catfish, it looks like Catherine is both still active on social media without fear of running into another Graham — she's not posting anything about a romantic relationship. Of course, there's always a small chance that the Graham Catherine was talking to is the real one, but on this show, it's far more likely that it will turn out that she was really talking to someone who wasn't who they claimed to be. But regardless of how it turns out, I think Catherine will be OK. She seems pretty well-adjusted for a possible Catfish victim.

Here's the big thing about Graham: judging from Nev and Max's research, he's probably real, even if he's not be the person that Catherine is talking to. And that means there's a really good chance he'll be appearing in the episode. While it's hard to tell before the episode begins if this Graham Marshall is the real Graham, I think he'll be involved with the episode.

Unlike a lot of episodes of Catfish, based on the previews, both Catherine and Graham seem to be real people, so the question is, will Nev and Max be able to spark a connection between them, or is a major twist ahead?

More like this
Two Iconic ‘00s Doctor Who Stars Are Returning To The Series
By Shahed Ezaydi
‘The Circle’s Parker & John Probably Don’t Have “The Best Love Story” After All
By Gretchen Smail
What’s New On Netflix: A Victoria Justice Rom-Com & The Return Of David Letterman
By Arya Roshanian
What’s New On Netflix: The Return Of 'Bling Empire' & A Rebel Wilson Comedy
By Arya Roshanian
Get Even More From Bustle — Sign Up For The Newsletter