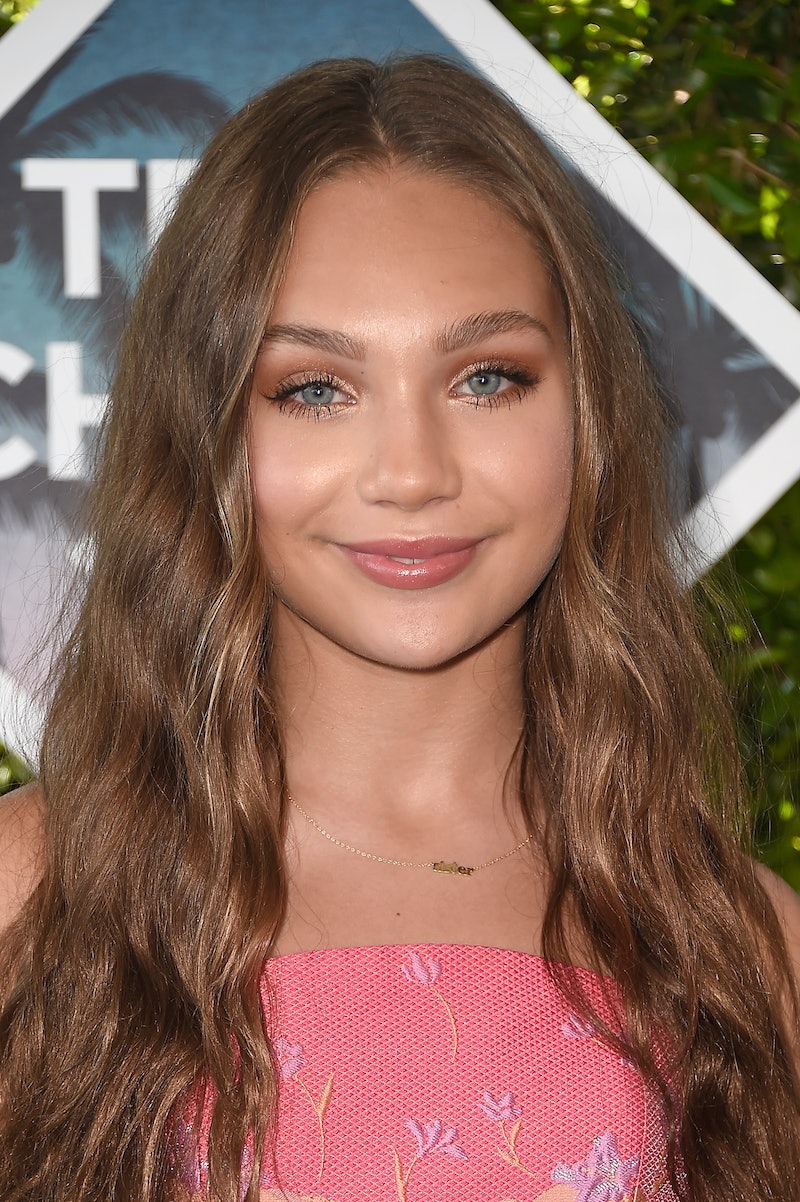 It will be a bittersweet return for Dance Moms fans on Tuesday, Sept. 6: This premiere marks the first without the show’s darling dancer Maddie Ziegler. While Ziegler and her sister Mackenzie Ziegler are not returning to the Abby Lee Dance Company this season, though, many fans are wondering if the dancer still watches the Lifetimes series. Luckily, these days, social media tells all, so all one has to do is take to the Interwebs to find out if Maddie Ziegler still watches Dance Moms.

Maddie hasn’t posted about the reality show that landed her big break in weeks on social media, however there is one nod to the series that remains in her Twitter bio. As Ziegler’s Twitter bio states: “#aldcdanceralwaysandforever.” It seems that while she may have moved on, she’ll always be a fan of Abby Lee and Dance Moms. Aw.

With the Dance Moms premiere absent from Maddie’s Twitter feed and Instagram posts, what has she been talking about on social media? On her many social accounts, it looks like things have only gotten busier for the 13-year-old dancer since leaving the show. From music videos, to fashion lines, to reality TV, Ziegler may have more work than ever:

So You Think You Can Dance

Ziegler has been super busy lately with Fox reality series So You Think You Can Dance, and her Instagram certainly reflects this.

Wear What Moves You

Ziegler just launched her own clothing line ... Because she isn't bad at anything.

A Trip To Disneyland

After all, she is still a kid.

I mean, the dog's name is Cereal.

SYTYCD is seriously blowing up her feed.

While Ziegler may be busier than ever, she is #aldcdanceralwaysandforever. Which means she, like the rest of us, will probably be tuning into Dance Moms on September 6.