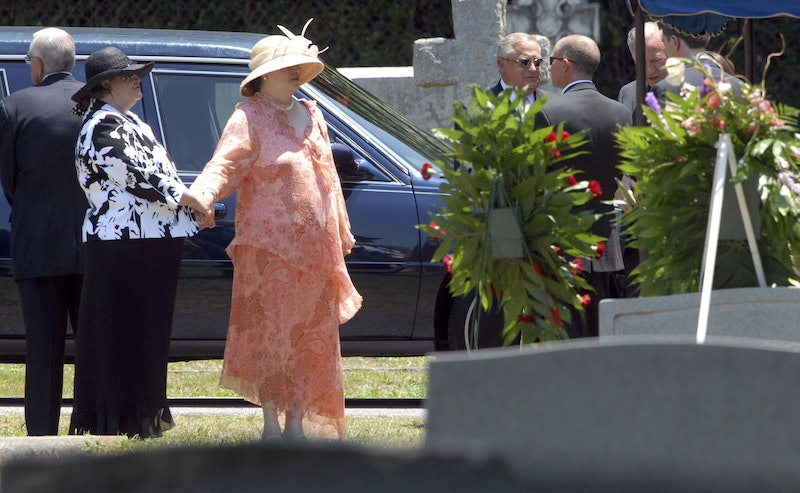 The JonBenet Ramsey case has stumped investigators for nearly 20 years, since the six-year-old beauty pageant champion was murdered in her Boulder, Colorado home on Dec. 25, 1996. Although several important breakthroughs have been made in the past several years, the case still remains tragically unsolved. One of the most important of those breakthroughs — and one that has the most promise to potentially solve the case one day — was the discovery of new DNA evidence that theoretically belongs to Ramsey's killer and could eventually lead investigators to solving the crime.

The DNA evidence that investigators uncovered nearly a decade after JonBenet's death was obtained from a droplet of blood that was found in her underwear. In the final hours of her short life, Ramsey arrived home from a family friend's party with her parents and brother around 9:30 p.m. on Christmas Day 1996. According to John and Patsy Ramsey's accounts of that night, JonBenet went to bed shortly after that, and was never seen alive again. When her body was found in the basement of her home later the next day, investigators found evidence of sexual trauma, as well as the droplet of blood. In 2003, new tests determined that the DNA came from an unknown male who was unrelated to the Ramsey family.

The DNA was entered into the national FBI database, meaning it could one day be matched to the killer if his or her DNA was ever entered for another case. Given the intense speculation that surrounded the family, the Ramseys' lawyer L. Lin Wood called the DNA evidence, the “single-most important piece of evidence in the case."

In 2008, Boulder County District Attorney Mary Lacy publicly addressed a letter to John Ramsey, apologizing for the department's role in contributing to rumors that the family was allegedly involved. Years prior to the official apology in 2001, John and Patsy filed an $80 million lawsuit against members of the Boulder, Colorado Police Department for libel and defamation.

"To the extent that we may have contributed in any way to the public perception that you might have been involved in this crime, I am deeply sorry: No innocent person should have to endure such an extensive trial in the court of public opinion, especially when public officials have not had sufficient evidence to initiate a trial in a court of law. I have the greatest respect for the way you and your family have handled this adversity," read the letter.

The DNA has yet to produce a match within the national database, but it could one day be the clue that finally solves the crime. Thanks to technological innovations, JonBenet's killer could be little more than a blood test from being found. After all these years, the closure would be welcome, both for the family and for the American public.