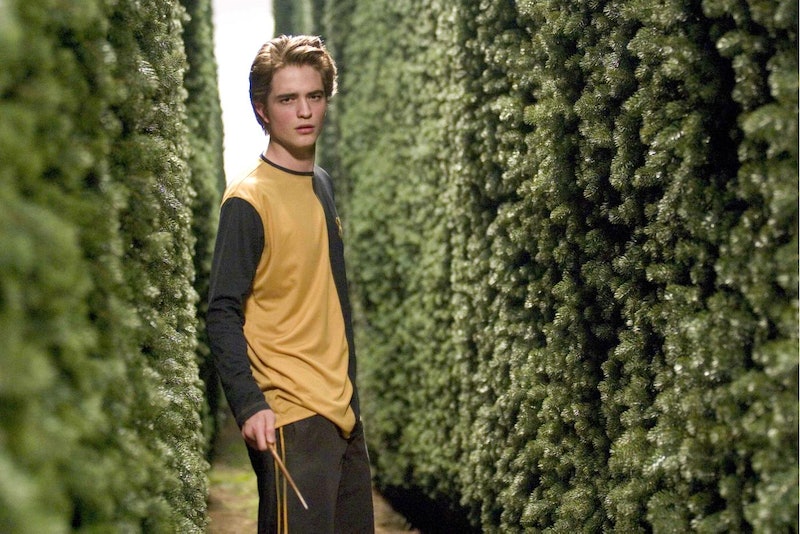 Much has been said about the lack of attention given to the non-Gryffindor Hogwarts houses in Harry Potter, a problem that has led Slytherin, Ravenclaw, and Hufflepuff Potterheads to create their own communities and fashion house-based identities out of basically nothing. To aid in that effort, allow me to present a few friendly and fascinating facts about the Hufflepuff common room that we learned from one of J.K. Rowling's three new ebook releases, Hogwarts: An Incomplete and Unreliable Guide .

This long after the Battle of Hogwarts, we really should have dispensed with all the Hufflepuff hatred. There's a pretty vicious stereotype that paints Puffs as useless, bland, and unfailingly nice, but — as a Slytherin who has a lot of Hufflepuff friends — let me tell you, they're a lot less Hobbit and a lot more honey badger. Seriously, folks, Deadpool is a Hufflepuff .

That's not to say that Hufflepuffs aren't nice. They're definitely the least pretentious house of the four. If this Sorting Hat theory is correct, they're also the most open-minded. But the fact that Harry never had a Hufflepuff friend his own age — and the tiny problem of Tonks' and Cedric's deaths — has left Hufflepuff as the least-appreciated Hogwarts house.

What's more, Hufflepuff is the only common room not visited in the series. Yep, even Ravenclaw got a visit from the gang in Harry Potter and the Deathly Hallows, but there was no love for glorious badger sett. Now, thanks to Pottermore, we can finally take a peak into the lovely little room that — allegedly — no one wanted to go into. Here are a few facts about the Hufflepuff common room.

1. It's Located Near the Hogwarts Kitchens

OK, so maybe that whole Hufflepuff-Hobbit connection isn't all bull. The entrance to the Hufflepuff common room is close to the Hogwarts kitchens, and takes the form of a stack of barrels. According to one Hufflepuff I know, "Because why not?"

2. Trespassers Get Doused with Vinegar

To enter the Hufflepuff common room, you have to tap one of the barrels — "two from the bottom, middle of the second row," to be precise — to the rhythm of ~Helga Hufflepuff~. Failure to tap the correct barrel, or to the proper rhythm, will open a different barrel and drench the trespasser — or woeful Hufflepuff first-year — with vinegar.

How many times this happened to Fred and George Weasley is anyone's guess.

3. It's Basically a Hobbit Hole

I know, I know, again with the Hobbitses, but it just makes so much sense, y'all. From Pottermore:

A sloping, earthy passage inside the barrel travels upwards a little way until a cosy, round, low-ceilinged room is revealed, reminiscent of a badger's set [sic]. The room is decorated in the cheerful, bee-like colours of yellow and black, emphasised by the use of highly polished, honey-coloured wood for the tables and the round doors which lead to the boys' and girls' dormitories (furnished with comfortable wooden bedsteads, all covered in patchwork quilts).

Plants hang from the ceiling, the windows look out directly onto the meadows, and the room is always sunny. Can you say paradise?

As lovely as the Hufflepuff common room is, it hasn't really helped to disabuse non-Puffs of the notion that badgers are witless and tame. The entrance to every other common room is either difficult to find, tasks students with stating a password or riddle answer, or some combination of the two. The Hufflepuff barrels are easy to find — no offense to the finders — and the knock never changes.

Pottermore reminds detractors that "[s]everal outstanding brains have emerged from Hufflepuff house over the centuries; these fine minds simply happened to be allied to outstanding qualities of patience, a strong work ethic and constancy, all traditional hallmarks of Hufflepuff House."