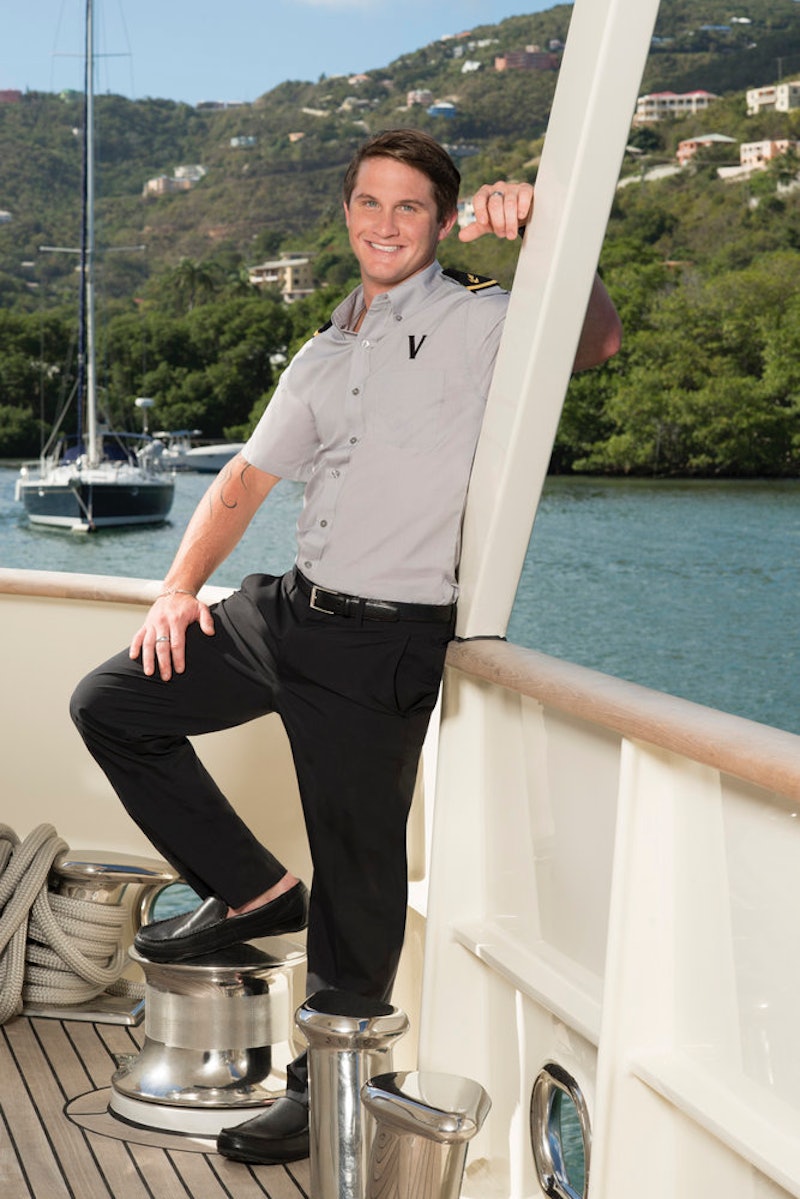 Workplace drama has always been good material for sitcoms and procedurals, but what about reality shows? That's one of the things I like about Bravo's Below Deck. Instead of putting its contestants through seemingly impossible challenges or group dates, they just have to be coworkers. Who is Trevor Walker on Below Deck ? The new cast member is bringing a lot to the yacht.

Trevor is a senior deckhand on Season 4 of Below Deck who currently lives in West Palm Beach. His official bio from Bravo tells us that "Trevor Walker has been in the yachting industry for four years, but he hasn’t always been a deckhand. Trevor has been bouncing around the globe and different careers his whole life. Having stints as a professional sport fisher and an up-and-coming amateur surfer, he travelled and competed in Puerto Rico, Dominican Republic, Florida and many other breaks along the East Coast." That combination of versatility and expertise is perfect for reality television. He's a bit of a loose cannon to begin with, but still knows how to do his job.

The bio goes on to say that "since becoming a deckhand, Trevor has worked on five charter yachts across the world. His hard work and tough attitude has allowed him to quickly move up the ranks to senior deckhand." I'm not sure what the turnover is on yachts that aren't the Valor, but doesn't five yachts in four years seem like a lot? I wonder if he’ll talk about these past experiences on the show.

The press materials also state that Trevor's goal on this season of Below Deck is to focus more on finding his place with his coworkers and less on romance. However, the final piece of the bio says that "even though Trevor works hard while on charter, he is definitely the life of the party in the off hours. He lives his life by the motto "work hard, play hard, play harder, work harder." That goal of his may prove difficult to keep.

Jobs are stressful enough as is, and a yacht ups the drama with close quarters and demanding clients. Hopefully someone as lively as Trevor will thrive in this environment, with the added complication of being on camera. I guess we'll have to watch and find out.