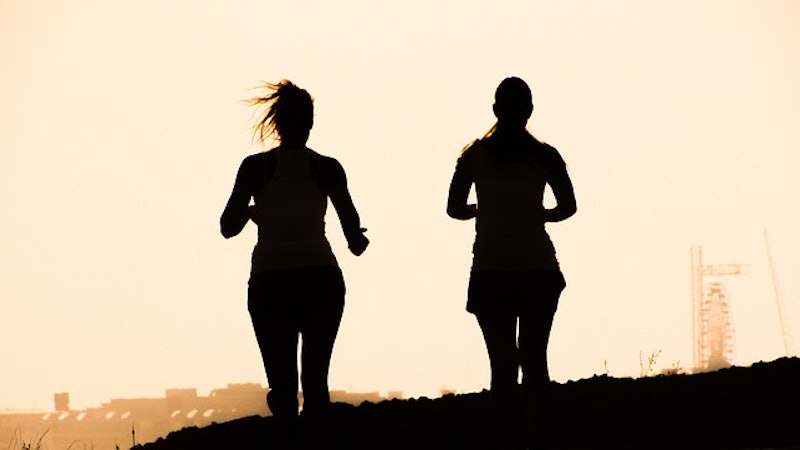 If you’re new to running, or thinking about starting to run as an extracurricular activity, you probably have a lot of unanswered questions. After all, there are a lot of myths about running that can make it confusing for anyone new to the sport. From what to wear, to how to pace yourself, to how far you should actually be running on a daily basis, there are no stupid questions when it comes to starting a new exercise regime. The good news is, there’s no shortage of running information available online, from reputable sources like Runner’s World to community-based forums like Let’s Run. A simple Google search can render thousands of results.

Yet while there’s a lot of information readily available, you can’t believe everything you read on the Internet. That’s why it’s important to talk to running coaches, running experts, and experienced athletes to clear the air on what advice is real, and what’s just conventional wisdom that may not be that wise. If you don’t have access to a running coach, don’t worry: We’ve talked to running experts to debunk some of the biggest and most common running myths so you can hit the ground running with confidence.

1. Eating Pasta The Night Before A Race Or Long Run Will Help Your Performance

“One myth I’ve heard is that eating a huge pasta meal the night before a race will help you,” says Yusuf Jeffers, a track coach and instructor at New York City’s athletic performance center, Tone House. “The idea is to carb load, which is easily stored in the body as glycogen and helps fuel your body through a race. But the night before may be too late to efficiently do so. Instead, you should start carb loading two or three days before the race.”

A lot of people think running can ruin your knees, but recent studies show that the opposite is actually true, says Jason Fitzgerald, head coach at Strength Running and author of 101 Simple Ways to be a Better Runner and Running for Health and Happiness.

Running For Health And Happiness, $3, Amazon

“Recent [research] shows that running can actually strengthen your knees and that those who run throughout their lives have healthier knees than those who don’t,” Fitzgerald says. “Focus on good form and not aggressively heel-striking, and your knees will be just fine.”)

While there are certain things that can benefit nearly every runner, there is no such thing as perfect running form, says Amanda Brooks, eight-time marathon finisher, personal trainer, and author of Run to the Finish.

“Many runners waste tons of energy trying to change their stride to match an ideal,” Brooks says. “In fact, that ideal might not work for them at all, causing new injuries or slower running! Look at some of the all time greats with head bobs, swinging arms and more. Your body knows how to run, relax and let it go.”

Just because runners aren’t built like bodybuilders doesn’t mean that they are weak.

5. Runners Don't Have To Think About Healthy Eating

Many people assume that because they are training to run longer distances, they suddenly have a free pass to eat unhealthy foods all the time, explains Claire Shorenstein, NYC-based Registered Dietitian, nutritionist, and RRCA-certified run coach. While it’s true that your body requires more nutrients to fuel increased exercise, you need to be smart about what you’re putting into your mouth.

While there’s nothing wrong with treating yourself, runners need to “choose high quality foods to support the wear and tear of training on your body,” Shorenstein says.

6. Barefoot Running Is Better For You

“Studies seem to agree that people that have been running barefoot for a long time have better ankle kinematics,” Leninger says. “But when runners try to become barefoot runners [too quickly without a transition program], it causes more harm [to your feet and knees] than good.”

The verdict? “With a little bit of work, you can learn to land lighter on your feet with shoes on,” Leinger says.

People often have a misconception that runners have a certain physical build, which can intimidate beginners or make people think they aren’t "real runners," says Marnie Kunz, RRCA-certified run coach and founder of Runstreet.

“As you can see by races like the New York Marathon, runners come in all shapes and sizes,” Warner says. “...That is one of the most beautiful things about running: Anyone can do it!”

8. You Should Stretch Before A Run

Static stretches, like touching your toes, should be saved for after a run, Shorenstein says.

“Before a run, you should be doing more dynamic stretches and exercises to help warm up your muscles and prevent injury,” Shorenstein says. “Avoid performing static stretches cold.”

9. Drinking Coffee Before A Run Will Improve Performance

While a number of studies have shown evidence that consumption of a moderate amount of caffeine prior to running can improve performance, Wilpers cautions athletes not to forget that caffeine is still a drug.

“One of the less desirable effects of caffeine is dehydration, as caffeine inhibits the antidiuretic hormone,” Wilpers said. “So while having a moderate amount caffeine before a run is likely okay, I would not recommend it for before every run.”

Wilpers suggests taking only a few sips of coffee or tea before a run rather than consuming an entire mug, and, if caffeine is what you crave, trying out a variety of sources like tea, soda, or energy tablets before different training runs to see what works best for you.