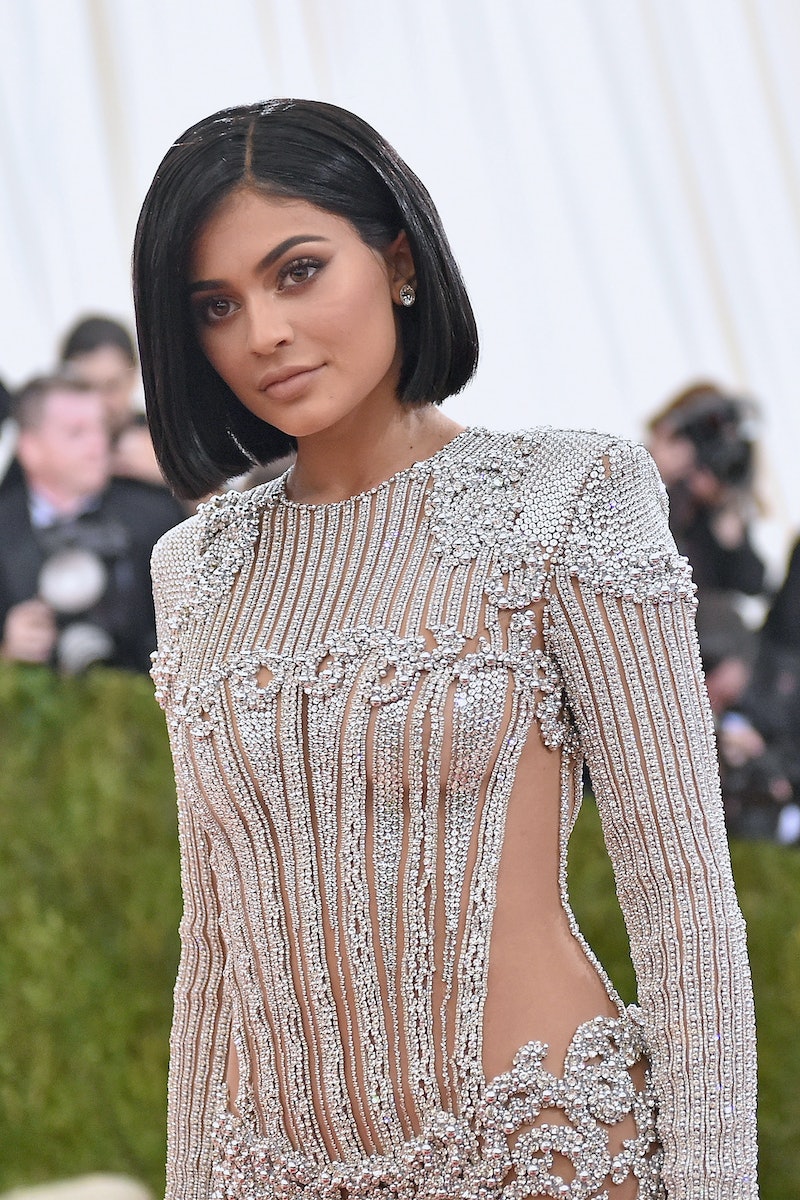 Say the word squad and most people think of Taylor Swift. However, a new squad seems to be emerging, and it may have a new addition. Alexander Wang's "Squad" added Kylie Jenner, according to Instagram. On Tuesday, a polaroid was posted to the @WANGSQUAD Instagram account featuring the youngest Jenner, and while its meaning is still kind of covert, it's got to mean she's now part of the squad, right? She's not the only one either — on the Instagram grid next to her is a polaroid of boyfriend Tyga. A 2-for-1 deal!

The Wang Squad is pretty mysterious despite its members already being known. Jenner has joined the likes of Zoe Kravitz, Skrillex, and Tinashe along with other well-known musicians and models. Each member of the squad is featured in their own personal polaroid on the WANGSQUAD Instagram account, but their role in Alexander Wang's fall line is still somewhat mysterious.

The best guess is that the polaroids are previews of Wang's Fall 2016 new line. However, that doesn't mean that it's everything that the stars — including Jenner — could be involved with when it comes to the fall collection. There's also the possibility that each of the members of the Wang Squad could walk in his show.

While Jenner does have catwalk experience thank to brother-in-law Kanye West, I doubt she'll be walking in the show to be honest. I think the most likely option is her attendance at the event and her seat on the front row beside Tyga.

However, there's also the chance that Jenner is going to be a major player in a new campaign for Wang's Fall 2016 line. She's already made an appearance for Balmain. Why not ad another major label to her modeling roster?

Regardless of exactly why Kylie Jenner joined Alexander Wang's Wang Squad, it's sure to be fire. Whether she's just seen killing it in Wang pieces at his fashion show or she's appearing in a new campaign, Jenner's going to slay and rep A.Wang like the best squad member they've ever had.