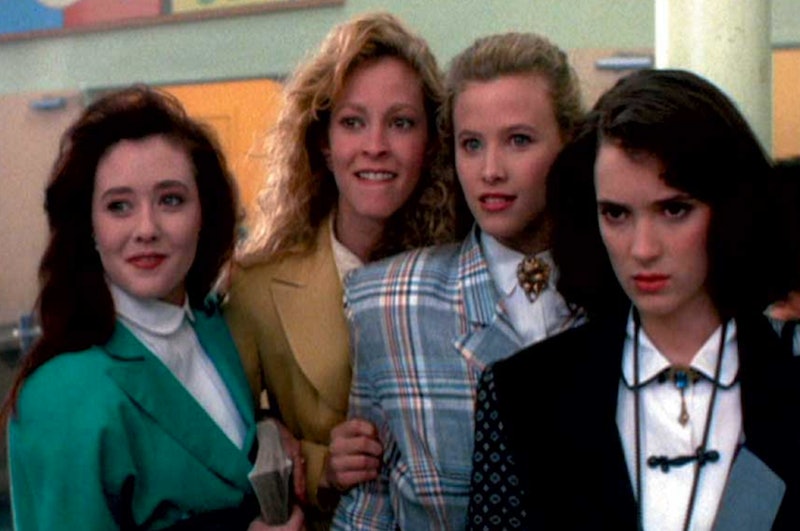 Set up the croquet wickets, because a fresh group of Heathers could be heading to the television universe. As The Hollywood Reporter reported on Tuesday, TV Land has greenlit a pilot for a television series based on Heathers. Yes, the Michael Lehmann-directed, Daniel Waters-penned dark comedy that hit theaters in 1989 — and went on to become a treasured cult classic — is about to be rebooted for the small screen. The pilot is written by Jason Micallef (Butter) and will be directed by Leslye Headland (Sleeping with Other People). The episode is slated to shoot later this year. So very.

“Reimagined as an anthology, Heathers will be set in the present day, as our heroine deals with a very different but equally vicious group of Heathers,” TV Land announced via press release on Tuesday. Is TV the Heathers-iest it’s ever been, or what? (You know, aside from any time the original movie plays on a cable channel.) Winona “Veronica Sawyer” Ryder is on Netflix’s smash original series Stranger Things, Christian “J.D.” Slater is wreaking all sorts of havoc in USA scripted tech thriller Mr. Robot, and now a Heathers TV show is in the works. You really can't get more Heathers-y than that.

...Er, I guess you could get more Heathers-y than that. There could be, I don't know, a house makeover show hosted by a woman named Martha who prefers to transport renovation materials via dump truck. Or a Food Network program that seeks out the best slushies on the planet. Or a reality competition series for pillowcase design. Or a—

You said it, Veronica.