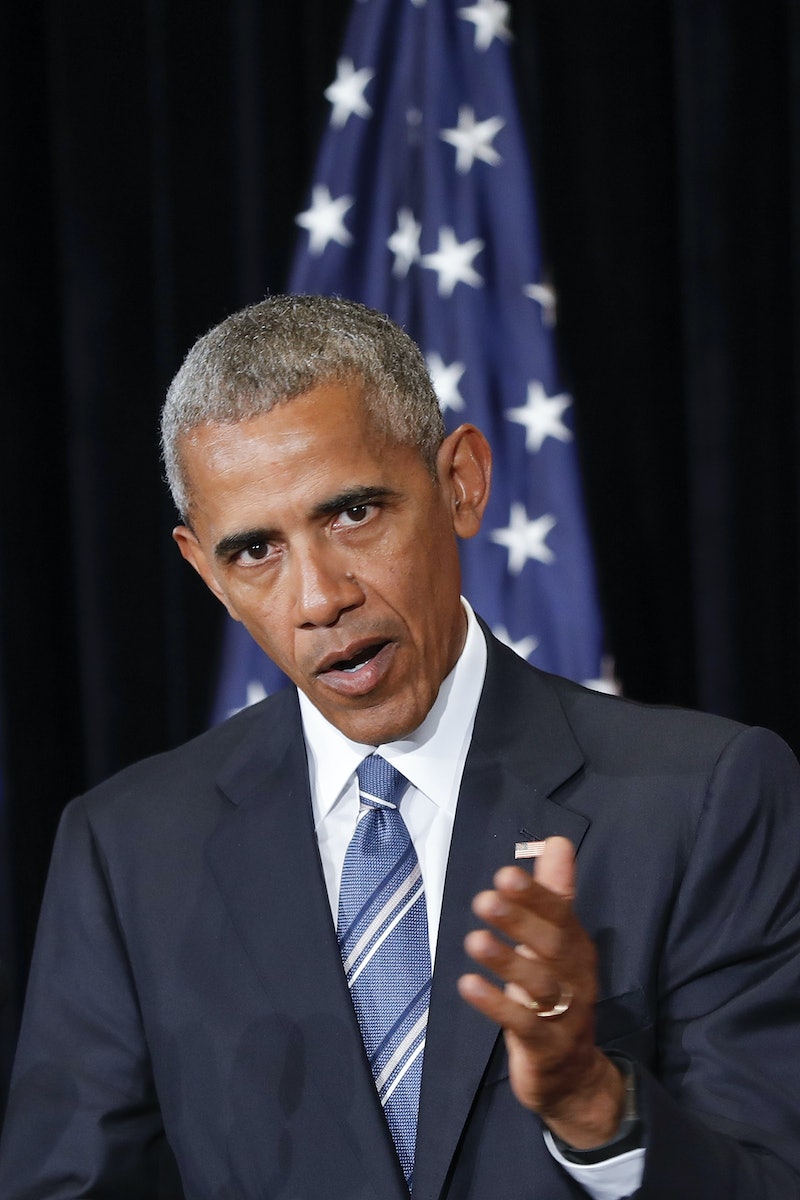 The fallout from Colin Kaepernick's decision to sit during the playing of the national anthem before a preseason game has continued to create some tense and awkward conversations as pundits and commentators continue to debate the San Francisco 49ers quarterback's action. But the recent comments made by President Obama regarding Kaepernick have elevated the conversation to one that is more balanced, and in many ways, more positive.

The president addressed the debate over Kaerpernick's decision when asked about it during a press conference in China after attending the G20 summit. During that conference, Obama said, "I don't doubt his sincerity based on what I've heard. I think he cares about some real, legitimate issues that have to be talked about," and also added that Kaepernick was "exercising his constitutional right," to protest racial profiling and sit during the anthem. And not only is that an extremely important point, but it's also something that critics of Kaepernick, including the quarterback's own birth mother, have been slow to realize or simply don't agree upon.

But while some have slammed Kaepernick as being unpatriotic and disrespectful to American troops without acknowledging the substance of his protest, Obama was able to present both sides in an eloquent and fair manner, which helped to advance the conversation in a more constructive way. Addressing the fact that military families hold the "flag and the national anthem" as a symbol of the personal sacrifice troops give for the country, Obama acknowledged why some may be offended by Kaepernick's boycotting the national anthem. And while he didn't condone the act, Obama's comments came at a crucial moment for the quarterback.

Amid the onslaught of criticism, and in some instances, praise, the reaction to the protest has somewhat obscured the larger issues. As suggested in another op-ed Forbes article written by Alex Reimer, the conversation has verged into "shallowness," as it seems that the message behind Kaepernick's protest — which concerns racial profiling, police brutality, and the extent to which it affects the Black community and the country at large — seems to have gotten lost in the media fury.

Kaepernick also addressed this, saying that while the "media painted this as I’m anti-American," he has the "utmost respect" for the military and the men and women who "put their selves in harm’s way for my freedom of speech and my freedoms in this country, my freedom to take a seat or take a knee.” After the preseason game against Green Bay, in which Kaepernick chose to sit during the playing of the national anthem, he told NFL Media that he is "not going to stand up to show pride in a flag for a country that oppresses black people and people of color."

In addition, Kaepernick also met with Green Beret and former NFL player Nate Boyer last week, which some praised and looked at, among other things, as a display of good faith and in a sense, sportsmanship. Boyer, who had penned an open letter in ArmyTimes saying that while he supported the quarterback's right to protest police brutality, he disagreed with his form of protest, tweeted a picture of the two with a caption that read, "Thanks for the invite brother... Good talk. Let's just keep moving forward. This is what America should be all about."

That meeting coupled with the president's comments, are helping to put the conversation on the right track. And that is something that can help this country address some of its problems concerning discrimination.