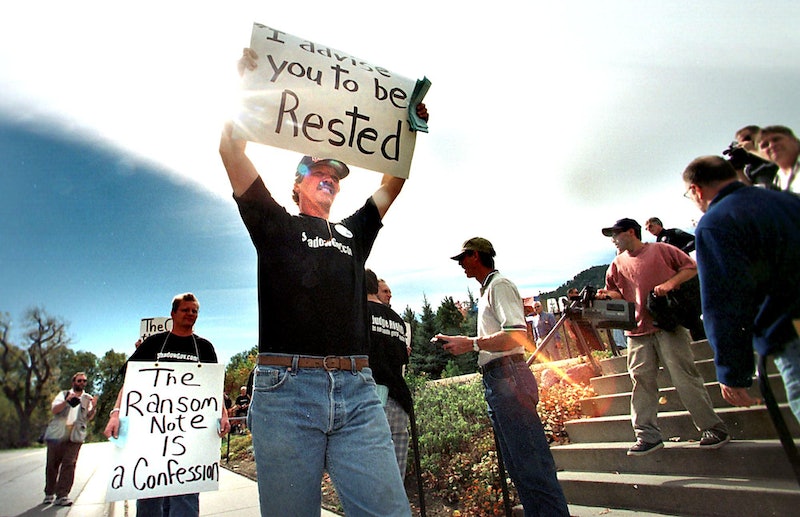 In 2013 there was a big revelation in the JonBenét Ramsey case, and now with the 20th anniversary of her death, it is garnering more attention. When the investigation into the six-year-old's death stalled in 1998, the Boulder Police asked the District Attorney to convene a grand jury to compel witnesses, such as the Ramseys, to talk. Its findings were a shock when released just three years ago in 2013. So who testified for the grand jury?

Interestingly, neither John nor Patsy Ramsey did, although they were then indicted in 1999 for "two counts each of child abuse resulting in death in connection to the first-degree murder" of JonBenét, according to court records that were unsealed in 2013 and reported on by The Denver Post. What happened next is interesting. Boulder County D.A. Alex Hunter refused to sign the charging documents so the indictment was never official. He said that there wasn't enough evidence to prosecute. "I and my prosecution task force believe we do not have sufficient evidence to warrant a filing of charges against anyone who has been investigated at this time," he said at the time. The Ramsey family maintained their innocence and DNA evidence has failed to match their own.

So who did testify that led to such a conclusion? News reports from the time say that among those who testified are Burke Ramsey, JonBenét's older brother; Rev. Rolland Hoverstock, the family minister; and John and Barbara Fernie and Fleet White, all Ramsey family friends. The one thing this group all has in common is that they were in the house when JonBenét's body was found. Lawyers for John and Patsy Ramsey said at the time they were willing to testify, but they were never called upon. Also, according to a 2013 Daily Beast article, Linda Hoffman-Pugh, formerly a housekeeper for the family, also testified.

One thing that the police have noted since the revelation of the grand jury decision is that the DNA evidence that now exists was not something the 12 jurors were able to consider. That was what Ramsey's attorney pointed out when the indictment became public. He also called on the courts to release all the grand jury evidence, not just the four-page indictment. Stan Garnett, Boulder County's D.A. in 2013, wrote an op-ed in the Boulder Camera explaining what he makes of the documents. As for his current role in the case, he had this to say:

My staff evaluated the Ramsey case to determine if there was any charge for which the statute of limitations had not run and for which there was conclusive evidence. Because there was none, we focused on other matters.

In other words, that's the end of the line for what the grand jury found.

On Sept. 1, 2016, the Boulder Police made a video statement on the case, saying that it is still an open case with detectives actively working on the investigation. "They receive and evaluate information on a regular basis," Boulder Police Chief Greg Test said in the video. "Our goal continues to be an arrest and successful prosecution, which is why we will not discuss or release details or evidence in this investigation." The public is urged to reach out with any tips.