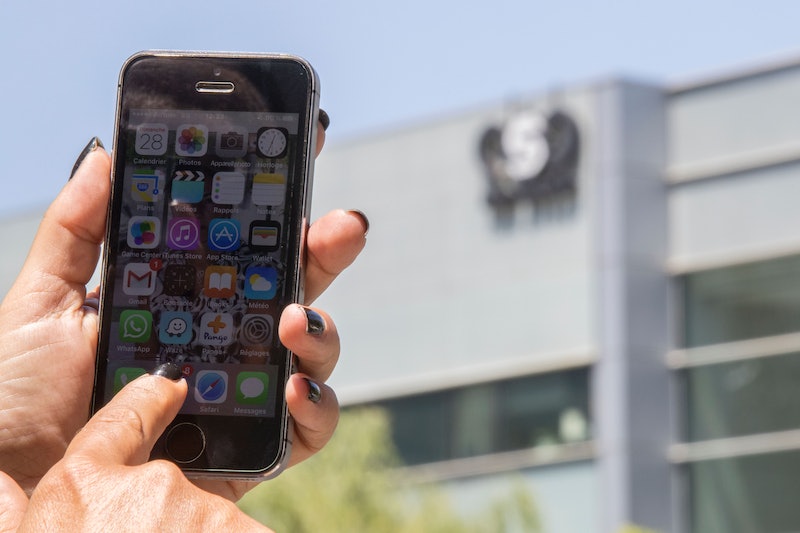 The iPhone 7 had already been the subject of a slew of excited rumors, and the company made their official announcement at their product launch event on Wednesday, Sept. 7. Aside from some of its new features — the elimination of the headphone jack being the most talked-about — one tried-and-true design element is always in question: what colors does the iPhone 7 come in? For some, the color of the phone is just as important as its latest features.

The new iPhone 7 will be available in two different shades of black, along with the typical rose gold, gold, and space gray colors. Leaked photos obtained by Japanese site MacOtakara speculated that there would be three new colors joining the iPhone 7 roster, and consumers everywhere were excited about snagging a new smartphone in one of those colors, which they can now do.

Though there was speculation that a deep blue iPhone would exist, images obtained by Phone Arena show off this (admittedly lighter) blue-toned option. However, the official Apple event did not include this color.

But the color rumors were just the tip of the iceberg when it came to speculating what the new iPhone will have. The most anticipated feature was the purported absence of the headphone jack, and the company announced that it is doing away with that feature on the iPhone 7. Ditching the headphone jack will therefore pave the way for bluetooth headphones, which Apple also announced via their new product AirPods. While there are some definitely benefits to losing the jack — you won't spend hours untangling those white earbud cords — NPR reported that some tech analysts fear the switch to bluetooth sets may send some customers running.

And though headphone jacks are on the way out — Apple isn't even the first to do it — the new iPhone will come with an adapter, so users can still plug their earbuds into the lightning jack for regular listening.

So with a group of new colors and features to look forward to, the new iPhone 7 will give Apple users plenty to be excited about when purchasing a new smartphone.