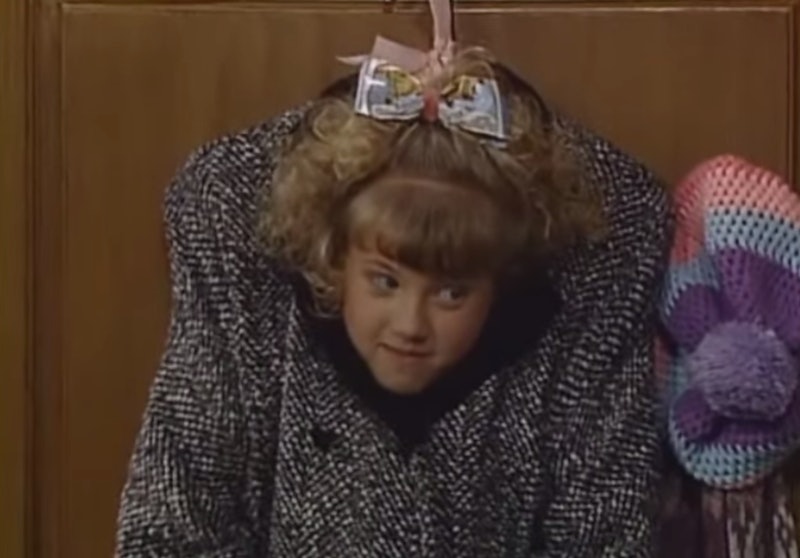 A go-to show for me when I need a pick-me-up and don't want to think too hard or feel too much is always Full House, not that the show doesn't have its fair share of heartstring-tugging episodes. (I mean, hello, it's a show based on a husband reeling from the death of his wife, the mother to his three girls. And don't even get me started on the Papouli episode.) It's just that in the scheme of things, Full House is mostly feel-good. So feel-good, in fact, that I am about to suggest to you a variety of Full House episodes to watch when you need a good laugh. The show's cheerful episodes far, far outweigh the heavier ones. I mean, I should know. I watch it practically every night.

For the sake of sticking to the variety of choices presented to us by the original Full House's whopping eight seasons, I'm going to leave the Fuller House revival out of this. (Though, I will say that marathoning the entire first season is guaranteed to get a whole lot of laughs out of you.) It's just that Full House's original run is kind of reminiscent of simpler times. A laugh born out of a late '80s or '90s joke isn't easy to come by these days, and it's real treat.

Here are 13 Full House episodes to watch when you really need a good laugh.

Season 1, Episode 3: It's in my opinion that you can never go wrong with a bromantic rendition of "Love Me Tender." Especially one that Danny is perturbed by (or jealous of?).

Season 5, Episode 1: I love any episode where Jesse freaks the hell out, but especially when the freak out is kind of warranted. Also, it's Nicky and Alex's first, unofficial introduction. It's sweet.

Season 2, Episode 1: In this episode, we are all Michelle — endlessly amused by Jesse's too-proud-to-ask-for-help and slightly pathetic antics.

Season 1, Episode 10: While seeing Jesse and Danny act like a married couple is as glorious as it sounds, I always feel vindicated by Jesse's annoyance because, in my humble opinion, Danny takes his sacrifice for granted. I. Am. Bitter.

Season 3, Episode 20: This is a bad episode for Stephanie, but a decidedly good episode for the audience. Seeing her dangling by the jacket in Becky's closet is a classic moment.

Season 7, Episode 8: Is there anything better than watching John Stamos play opposite himself? Probably not.

8. "Another Opening, Another No Show"

Season 7, Episode 8: All you need to know is that Kimmy and Jesse get stuck in a closet together.

Season 6, Episode 9: Danny does a double axel. Jesse doubles over. It's Full House slapstick at its finest.

Season 6, Episode 8: Derek, aka the kid who steals Michelle's thunder, slays me.

Season 5, Episode 6: Disclaimer: I personally don't see anything wrong with the name "Hermes." But, on the flip side, boy do I love an ongoing joke at Jesse's expense.

Got that all down? Good. Because, if you're looking for a Full House pick-me-up, these episodes are the way to do it.