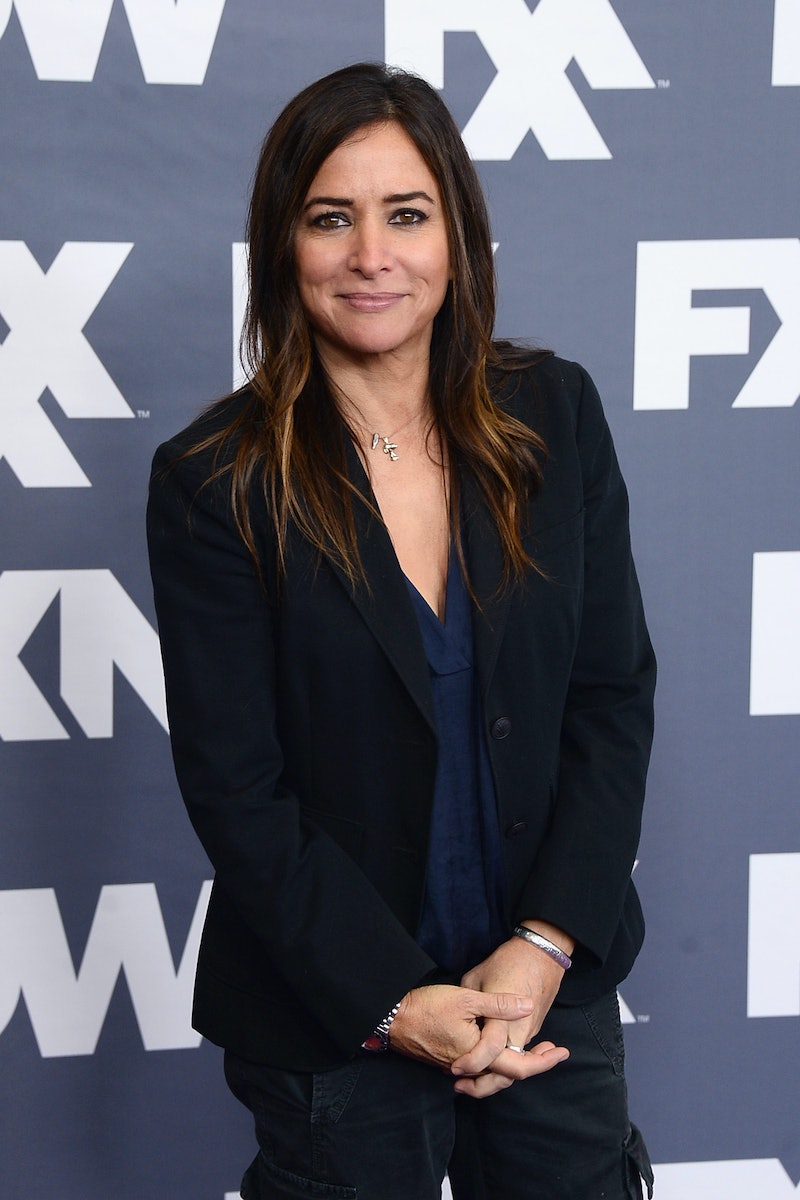 Fans of Louis CK's FX series Louie should be thrilled that he has created a new series for the network, Better Things. However, Louis CK is not alone in that, as his longtime collaborator Pamela Adlon stars as Sam in Better Things and also created the series. Like Louie is a variation of Louis CK's life, Better Things is a version of Adlon's. Yet, before I get too carried away with the comparisons between Louis CK and his friend and colleague, Adlon has had a long career before Better Things — or even Louie — and should be recognized for all of her accomplishments up to this point.

Better Things, which premieres on FX on Thursday, Sept. 8, will focus on Sam Fox — a struggling actress and single mother of three. While Adlon is also a divorced woman with three daughters, she is by no means a struggling actress. Her acting credits from her IMDb page go all the way back to 1982 and Adlon has been in plenty of movies and TV shows that you might not have even realized. The main reason you might be surprised at some of the work she has had over the years is because besides notable roles in Louie and Californication, she's a steady voice-over actor. That means that in addition to creating, writing, and producing series like Louie and Better Things, Adlon is an incredibly versatile actress.

Before you watch Adlon navigate through her hectic life as her alter ego Sam on FX, check out these other roles this funny lady has tackled throughout her impressive acting career.

The sequel to Grease starring Michelle Pfeiffer may have been a bust, but I was positively giddy when I realized that Adlon (back then, and for much of her career, she went by her maiden name Pamela Segall) played aspiring Pink Lady Dolores Rebchuck. You can see her in her pigtails dancing with Pfeiffer in the above gif to the song "Score Tonight."

While this classic '80s film is all about Lloyd Dobler and Diane Court, Adlon's character Rebecca was friends with John Cusack's Lloyd and Lili Taylor's Corey and is so adorably fresh-faced in the above gif in the striped sleeveless shirt. Between Say Anything . . . and Grease 2, she grew up a lot and also had some TV roles, like portraying the reoccurring character Kelly on The Facts of Life and having a series regular role on the short-lived The Redd Foxx Show.

To become a leading lady, it's almost a prerequisite to be the best friend in a romance movie. Adlon's turn as the BFF was in the Christian Slater and Mary Stuart Masterson-starring Bed of Roses. Please tell me someone out there besides me remembers this '90s gem?

Although Adlon was voice acting in the beginning of her career, it seemed to have really picked up in the late '90s, when she often voiced famous male Disney characters for TV versions of their stories. Her roles at this time included Dewey Duck in Quack Pack, Baloo in Jungle Cubs (a version of The Jungle Book when the animals were young), and Lucky in 101 Dalmatians: The Series.

If you were a kid in the 1990s, I hope your mind is being blown because Adlon was also in ABC's animated show Pepper Ann. This time she portrayed a female character — Pepper Ann's sister Moose. But because of how Moose talked and dressed, everyone thought she was a boy all the time anyway.

Speaking of tomboys, another classic '90s animated show was Recess and Adlon voiced the best character on the show by far — Ashley Spinelli. The no-nonsense girl of the group is perhaps the animated role that most closely hinted at what Adlon's career would come to be.

OK, actually, her turn on HBO's Lucky Louie was the real indicator of where her career was headed as she portrayed Louis CK's wife Kim in the 2006 show. This wasn't her only HBO series at this point in her career either, since she also appeared in Unscripted , produced by George Clooney, the year before.

King Of The Hill

Just because Adlon could land a role on a HBO show didn't mean she stopped voicing characters on animated TV series. She provided the voice of Hank and Peggy's son Bobby Hill on King of the Hill throughout the show's 13-season run. She also ironically voiced Bobby's bully, Clark Peters.

Her second foray as Louis CK's love interest came on his far-more-successful TV show on FX, Louie. Like most of the actors and comedians on the show who are friends with Louis CK, her character uses her real name of Pamela and Adlon even helped write and produce the series. Now, Louis CK is doing the same for her on Better Things.

Even though she has found steady television success showing her face, Adlon still makes plenty of time for her voice-over work, like on Fox's animated series Bob's Burgers. She has provided the voices for multiple characters (as she frequently does when voice acting) with her most consistent role on Bob's Burgers being the news reporter Olsen Benner, who most recently popped up again in the Season 6 finale.

Adlon has had a long career and trust me, there's a chance that next time you're watching an animated TV series that you might just hear her voice. But what's even better is that she's finally getting the face time she deserves as the lead of her own series — Better Things — and she has certainly earned it.