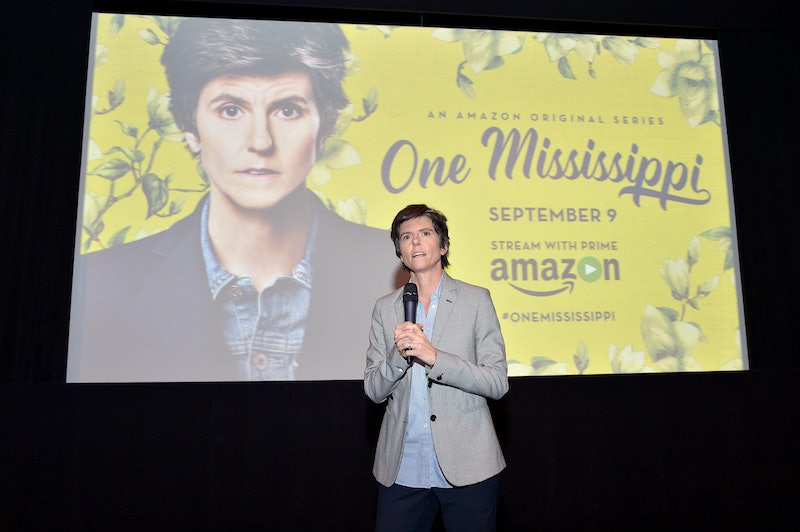 Amazon is getting ready to premiere a new batch of original television series for the fall TV season and leading the charge is the new comedy-drama series One Mississippi. The show, starring comedian Tig Notaro as a fictionalized version of herself, follows the main character returning home after the death of her mother. Fans of the long-working standup are surely excited to see Notaro in a leading role, but will the show be done after just one season or will we be able to look forward to One Mississippi Season 2?

Co-created by Notaro and Diablo Cody, One Mississippi is partially based on Notaro's life. The death of her mother was one of the major life events that fueled her powerful Live stand-up album, and One Mississippi adapts the somber, yet silly tone of her comedy to the medium of television. The show itself will premiere on Friday, Sept. 9, which came about after the show garnered enough popularity during its involvement in Amazon's pilot season program to get a series order. While Amazon hasn't yet announced if One Mississippi will return for a second season (at which point I can only hope that the show would change its name to Two Mississippi), the network will lose a unique and hilarious voice if it doesn't renew this comedy.

Luckily, the odds are currently in One Mississipi's favor when it comes to the prospect of another season. The show itself falls into the auteur-driven comedy format that is growing increasingly popular as evidenced by the 2016 premieres of Lady Dymanite, Atlanta, and Better Things, amongst others. And though One Mississippi is Amazon's first foray into a comedy show produced in such a manner, it's not entirely unique in tone when it comes to the streaming service's roster of shows. Tonally, it feels very similar to Amazon's flagship series Transparent, which could bode well for Notaro's show. As Amazon works to establish a voice as a television network, having a few shows with similar tones could help draw people to the service, since they'll know what kind of content to expect.

It's also smart for any network to have Notaro's creative voice among their roster. Her voice is a unique combination of goofy and deadpan, and she covers both the lightest issues (bees are weird) and the darkest (living with cancer, losing her mother) with clever insight and hilarious punchlines. It's unlikely that Amazon is going to find another show that merges the personal with the universal quite like One Mississippi does.

Amazon has a good history of giving its shows second chances, with the only series that they've canceled being Alpha House and Betas — both of which premiered in 2013 — and the action-drama adaptation of Mad Dogs. Frankly, the only major reason Amazon might not give the show a second season is if Notaro only wants to do one season — or if absolutely nobody watches it. But I'm not too worried about the latter, because if you're at all a fan of Notaro's work, or comedy in general, then One Mississippi is absolutely the show to watch this fall TV season.

More like this
'Who Killed Sara?' Won’t Return For Season 4
By Brad Witter
Everything To Know About The Possibility Of 'The Essex Serpent' Season 2
By Rachel Mantock
ITV’s 'Grace' Will Likely Return for A Third Season — & Many More After That
By El Hunt
Billie Piper Just Confirmed 'I Hate Suzie’s Festive Return
By Kayla Blanton and Shahed Ezaydi
Get Even More From Bustle — Sign Up For The Newsletter