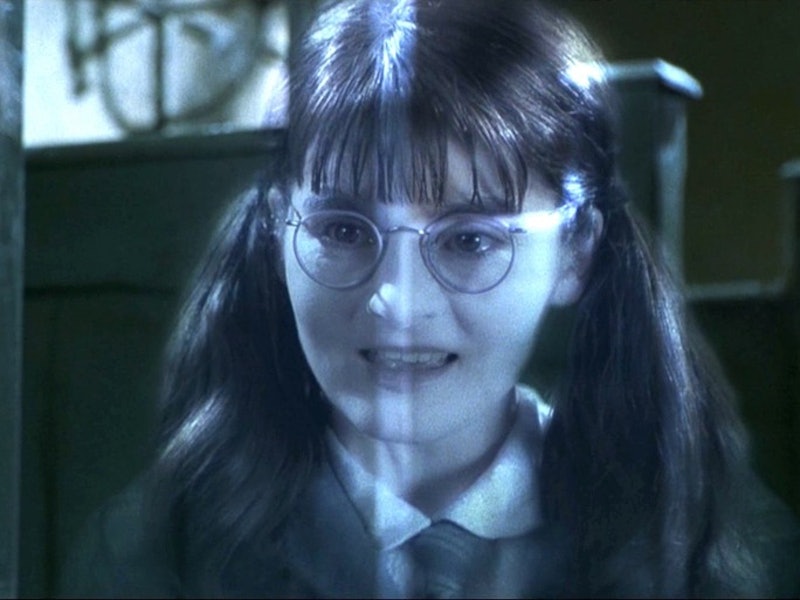 Now considered to be the most haunted dwelling in Britain, Hogwarts School of Witchcraft and Wizardry definitely has its fair share of ghostly beings. And if the series left you wanting more from characters like Moaning Myrtle, Nearly Headless Nick, and the Bloody Baron, you need look no further than JK Rowling’s latest book Hogwarts: An Incomplete and Unreliable Guide . Released on Sept. 6 as one of three new Potter Presents e-books, An Incomplete and Unreliable Guide leaves no stone unturned when it comes to the ins and outs of Hogwarts — including everything you ever wanted to know about the Hogwarts ghosts.

The other two e-books include: Short Stories From Hogwarts Of Heroism, Hardship, and Dangerous Hobbies, which profiles several of Hogwarts’s more intriguing and unexplored professors, and Short Stories From Hogwarts of Power, Politics, and Pesky Poltergeists, which digs into the background of two of the wizarding world’s most recognized institutions: the Ministry of Magic and Azkaban prison, and also gives readers all the deets on some of the wizarding world’s most loathsome leaders. But you’re here because you want to hear all about the ghosts, amirite? So let’s get started.

Here are 8 facts about the ghosts of the wizarding world, according to the lady who wrote them into being herself.

1. Muggles cannot come back as ghosts.

And, furthermore, the best and brightest of the wizarding world’s witches and wizards choose not to — it is only those beings who have regrets, longings, too-strong attachments to the living world, and other unfinished business who linger on after death. Which is probably why most of them are so crabby all the time.

Which explains why they all tell the same stories, and hold the same grudges, generation after generation. It also makes you wonder why they would stick around to begin with, if all that unfinished business can’t ever actually be resolved…

3. Nor can ghosts experience physical sensations.

Remember all that rotting food at Nearly Headless Nick’s death day party, served because their rancid potency allowed him and his other ghostly pals to almost be able to taste it? So far being a ghost is a total bummer, if you ask me.

Namely those who she claims spent inordinate amounts of time crying in women’s communal restrooms at the parties and discos of Rowling’s youth. (Seriously, we’ve all been there.)

6. Professor Binns is considered the most productive of Hogwarts’s ghosts.

Inspired by one of Rowling’s former university professors, whom she claims taught class with his eyes closed, Professor Binns continues to hold his position as instructor of History of Magic, long after he’s died. Plus, word around Hogwarts is he still might not even know he’s dead.

8. There was one ghost JK Rowling still regrets not using in the series.

His name was Edmund Grubb, and he haunted the doorway of the Hogwarts dining hall, where he also died — by eating poisonous berries. Had he wound up remaining in the series, his sole purpose would have been to prevent students from entering the dining hall, simply out of spite. Now, the only question that remains is: why was Hogwarts serving poisonous berries to begin with?