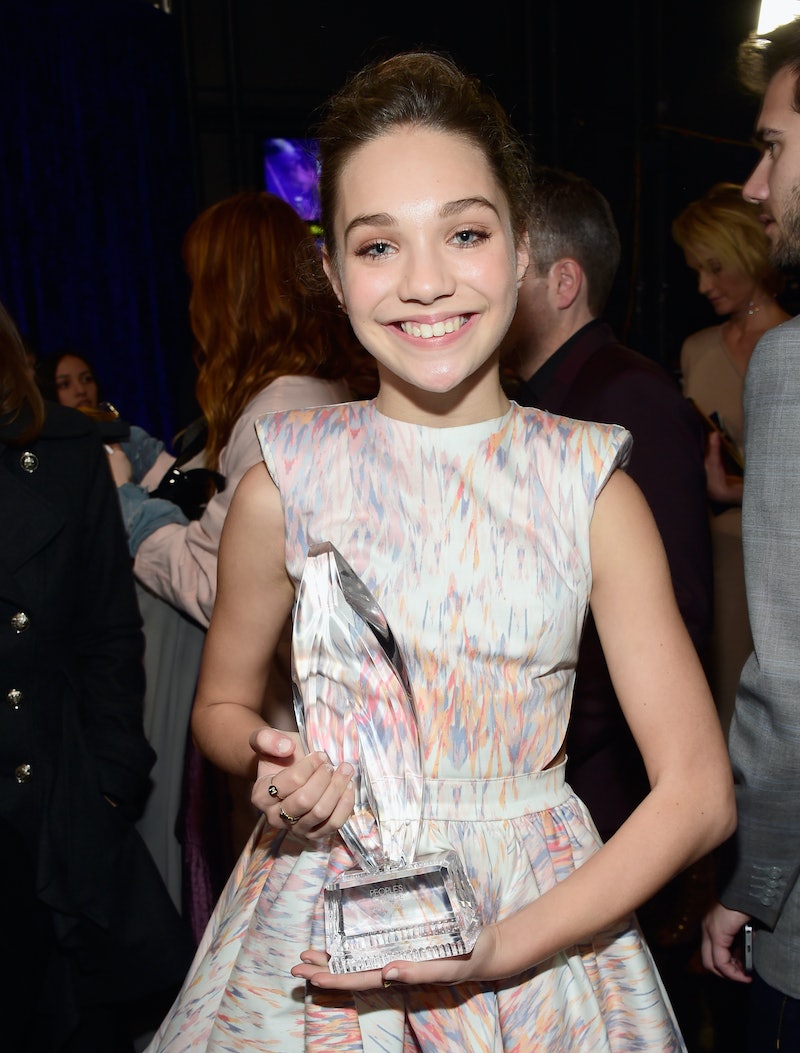 The big Apple product reveal in San Francisco has come to an end, but not without a showstopping musical outro: Maddie Ziegler teamed up with Sia at Apple's event, turning in a performance that had a powerful message behind it. Tim Cook introduced the video and performance by Sia, but he didn't name-drop Ziegler's involvement, leaving that as a fun little surprise. And given Apple's openly pro-LGBT corporate culture ― CEO Tim Cook is openly and proudly gay, and the company has been involved in Pride events in the past ― it was exciting to see the performance send a touching message.

Namely, Ziegler and Sia performed their recent collaborative effort "The Greatest," which was conceived as a tribute to the victims of the fatal mass shooting at the Pulse nightclub in Orlando in June. The attack was a devastating moment for LGBT communities across America and all around the world, and a reminder that violent anti-gay hatred remains a worrisome force in modern life. And while Ziegler didn't sport the rainbow-streaked face she did in the video, it was still a powerful moment of recognition and respect.

If you haven't yet seen the music video in full, you should definitely give it a look, because it's an incredibly evocative piece of musical and visual art. Of course, it is related both thematically and visually to a very grisly act of anti-LGBT violence, so if you're uniquely sensitive to those themes, maybe you won't want to watch. But make no mistake, this is an affirmative, uplifting work.

The performance capped off a headline-grabbing event for Apple, in ways both positively and negatively received ― on the one hand, the massive storage space upgrades on the new iPhone 7s thrilled a lot of people, as did the new dual cameras, and reports of improved battery life. The decision to strip the traditional headphone jack in favor of a new bluetooth headphones model stirred up a lot of discord on social media, especially because Apple's new AirPods are completely untethered from each other, very tiny (and thus ostensibly easy to lose), and very expensive, starting at $159 a pair.

If you're an Apple super fan, you'll want to watch a replay of the event and see everything you missed. Just make sure you don't click away before it's over, because Sia and Maddie Ziegler's performance is well worth your time.

More like this
President Zelensky Spoke Out On Ukraine's Chances Of Hosting Eurovision Next Year
By Sam Ramsden
Taylor Swift, Kerry Washington & More Speak Out On Uvalde Mass Shooting
By Jake Viswanath
Photos Of Boris Johnson Drinking At A Downing Street Lockdown Party Have Surfaced
By Bustle UK
Justin Bieber Just Added Another Date To His UK Tour
By Sophie McEvoy
Get Even More From Bustle — Sign Up For The Newsletter