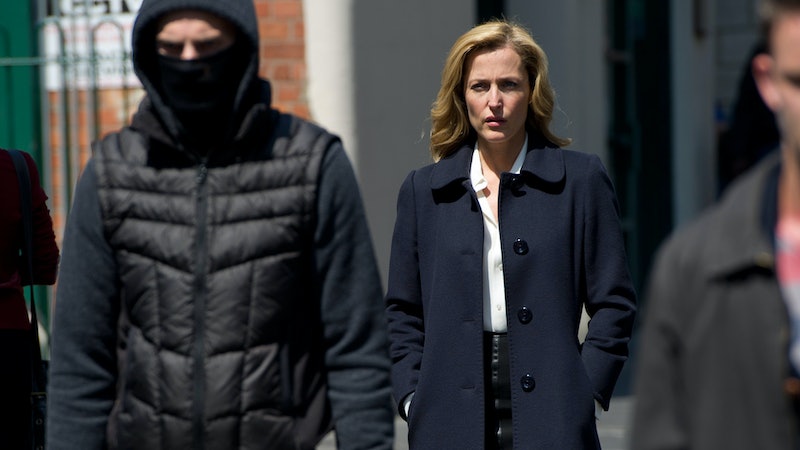 I don't know about you, but whenever I need a little bit of an effortless, feminist boost in my life, I reach for my Netflix account. But sadly, there's only so many times that I can get away with re-watching Clueless, Legally Blonde and Bring It On while stuffing handfuls of chips in my mouth before I feel trapped in a colossal rut. And that's totally fine, it's normal (I think) — every now and then, you need something fresh. Something inspiring. Something challenging. And thankfully, there's actually a pretty ferocious set of hidden feminist gems on Netflix for these moments, if you just know what it is you're looking for. And not all these feminist films to watch on Netflix are super serious, either — in fact, many of them approach a feminist discourse in incredibly subtle ways.

They constructively challenge those feminist ethics, they celebrate them, and they also make you feel good about possessing and sharing them. So, whether you're in the mood for something hilarious, something scary, something thoughtful, something a little steamy, or something that just makes feel good about life after a terrible day, hunt down any one of these hidden gems on Netflix for a feminist watch in line with your beliefs.

This irreverent Swedish dramedy follows a trio of 13-year-olds as they strive to ignore their lack of musical prowess in order to form a band together and prove that punk isn't dead (spoiler: it totally isn't, and these ladies are proof).

This powerful documentary about the supreme Nina Simone is just as strong, inspiring, and fierce as the lady herself. Not only does the doc provide a great glimpse at Simone's music, but it also celebrates her as an influential force for change.

Look, it's terrifying, okay? I'm not going to lie. But, with a story that focuses on a recently widowed mother trying to cope with her and her son's deep grief while being emotionally tortured by a children's book? Well, you get the idea. It's terrifying, but it's also got a powerful, female story at it's very core.

Don't make the mistake of thinking that this animated show (based on the movie) is just for kids, because it definitely isn't. Dig deep within all the fun and silliness (did I mention it's a great show to watch when you're feeling a bit blue? Because it is), and you'll find the cartoon is a big, bold celebration of single mothers, tomboys, and embracing the idea of subverting the norm.

T-Rex follows 17-year-old boxer Claressa Shields, as she contends with poverty and personal instability in order to defy the odds and possibly become an Olympic champion boxer.

Following the story of two transgender sex workers as their friendship faces conflicts in the LA streets, Tangerine is ferocious and darkly funny.

As DSI Stella Gibson, Gillian Anderson is a formidable feminist role model in crime drama The Fall, in which she investigates a series of connected murders in Belfast, Ireland. Seriously, every other line out of Gibson's mouth is a fierce, take no prisoners bumper sticker waiting to happen — she's an absolute dream heroine.

It definitely doesn't always make for easy watching, but Wetlands is something of a sexual epiphany of a movie, celebrating female sexuality and the speculating over the boundaries and capacities for pleasure.

When she isn't busting ghosts, she's busting my damn sides with her comedy. Jones' comedy special is refreshingly explicit and liberating — you'll marvel at how confidently her jokes are delivered. It's also ridiculously funny.

An intimate portrait of the '60s music icon Janis Joplin, which aims to celebrate the artist for her talents and influence, and point out the cruelty and disparity of the music industry at the time of her success.

One of the most empowering, openly feminist horror films of the past decade, this understated horror masterpiece is beautiful to look at, but is also full of stunning pathos and often inspiring moments of drama.

If you don't know who Kirkman is, then it's time you got acquainted. The comedian is one of the funniest and most outspoken feminist-aligned comics out there right now, and this Netflix special is the perfect example of that.

This story about a young woman dealing with the labor of manic depression on her wedding day before discovering that the world is ending is as brutal as it is honest. Kirsten Dunst's performance is raw, and for sufferers of depression, it paints an uncompromising and relatable portrait which is not often seen in mainstream cinema.

14. The Duke Of Burgundy

Think of it as a lesbian Secretary, but with more complexities. The Duke Of Burgundy focuses on a butterfly expert and her housekeeper engaging in an intense S&M romance, which changes when the roles of submission and dominance become complicated.

Featuring a breathtaking lead performance from Elizabeth Moss (Mad Men), Top Of The Lake is probably one of the most underrated shows available to stream on Netflix. Set in rural New Zealand, the crime drama follows the disappearance of a young, local girl, and is full of feminist existentialism, darkness, grief, and satisfying moments of pure empowerment.

This British college comedy might not appear to be terribly feminist from the outside, but trust me on this — it is. With three complex, hilarious and wonderfully flawed female characters as part of the central cast , they handle the female college experience with perfect humor, feminist sensibilities, and reliability.

This documentary based on Ari Seth Cohen's acclaimed blog of the same name focuses on the eclectic style and buoyant lifestyles of seven New York women aged between 62 and 95. Their fearless approach to fashion is reflected in how they also live their lives: without apology, with independence, and all for themselves. It's beyond inspiring.

So go forth, ladies — pour yourself a large glass of wine, treat yourself to a large pumpkin spiced latte, or simply bask in the plush safety of your favorite Netflix viewing spot in peace — and enjoy.

More like this
Sandra Bullock, Girlboss Extraordinaire
By Matt Harkins & Viviana Olen
Selma Blair Wrote Through The Pain
By Samantha Leach
How Reality TV Stars Conquered Your Bookshelves
By Anna Peele
Jamie-Lee O'Donnell Will Tell The Real Story Of Derry In A New C4 Docu
By Rachel Mantock
Get Even More From Bustle — Sign Up For The Newsletter